Almost always, tower fans come in two colors, either black or white. Your choice depends on several factors. The first one would probably be whether or not the fan complements the color of your room (or home). Another, it can be that you’re looking for a color that gives a room its focal point.

What do consumers say about the Honeywell HY-254?

First, it’s relatively quiet, compared with most brands of tower fans. It certainly isn’t silent, and it gets louder as you go up on the speed settings, but based on general feedback, the noise isn’t bothersome.

Second, when it comes to cooling a room, many consumers say that this tower fan helps drop the room temperature by a few degrees. However, it’s not an air conditioning unit, so expectations should be set properly. According to one person, the HY-254 has helped cool her 20×20 ft room “very well.”

Third, the grills have narrow openings, so if you’re worried about your child’s fingers or pets’ paws getting stuck in the grills, worry not.

RELATED: Here is the Best Tower Fan for Small Room 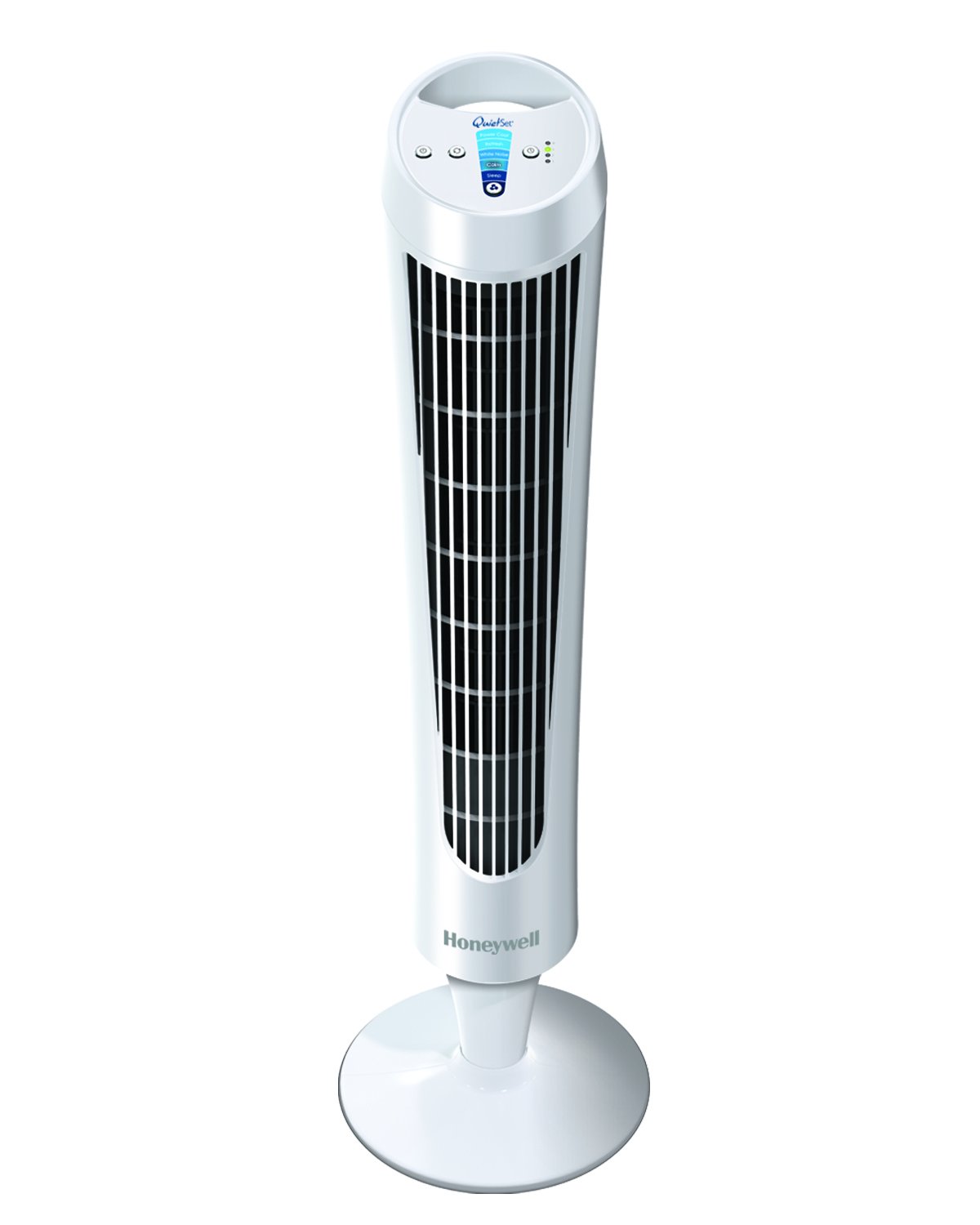 Made of plastic, the Lasko 2510 comes with a 36-inch slim, space-saving design. It has three speeds, electronic touch controls, and a storage for its remote control. It weighs 9.9 pounds.

Here are some feedback about this white tower fan.

– It seems to be a powerful fan, especially at the highest setting. As one person has said, it “will blow papers on the counter” when set on High.
– Although not the quietest fan around, it’s still much quieter than a regular fan, as one peson has observed.
– If you’re annoyed with beeping sounds when you change settings, be happy to know that this tower fan doesn’t beeps.
– Is it durable? Does it last long? Some consumers say they’ve had their Lasko 2510 for over 2 years now. 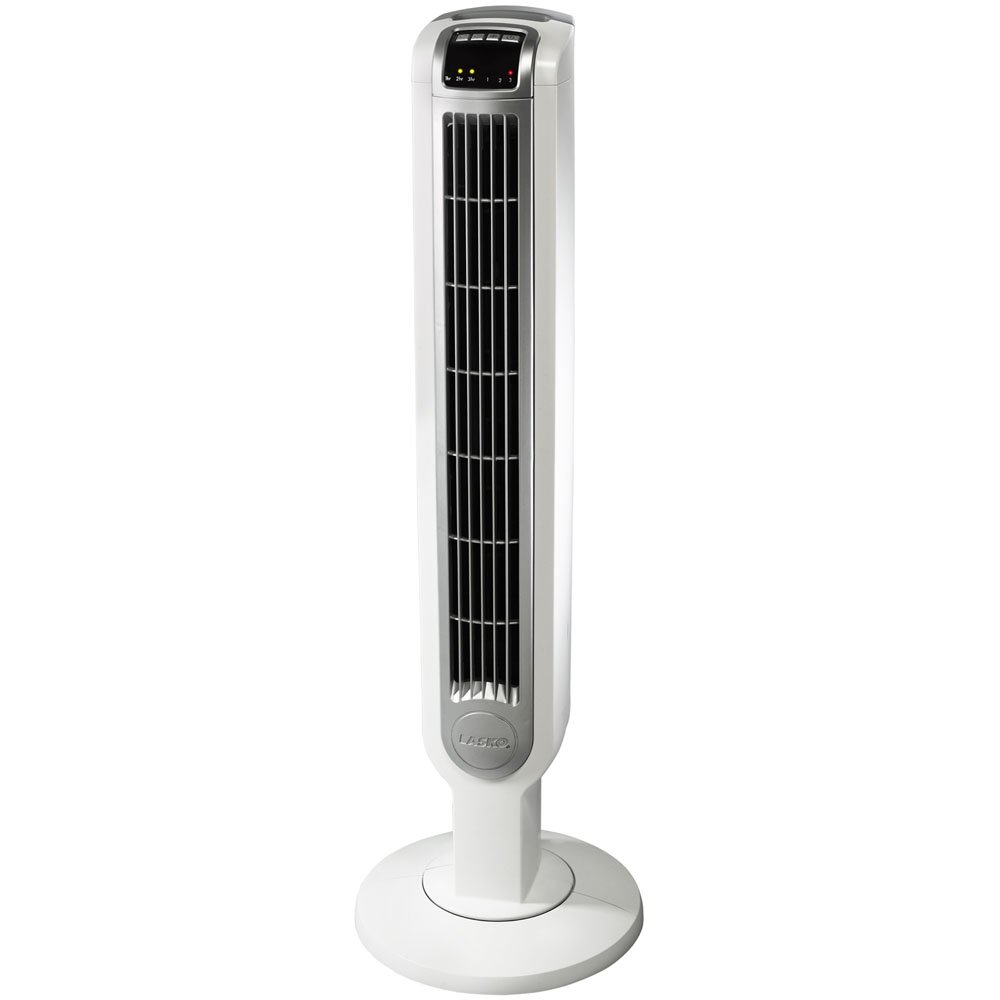 – As far as noise comparison is concerned, one person shares her observations as follows: the Honeywell HYF013W is much quieter than a hairdryer; and it’s still quieter than a Bosch dishwasher on the highest setting.
– Does it last? One person said he uses this white tower fan non-stop and it’s still doing fine for over 2 years.
– How do you clean this device? Without having to unscrew anything, you’ll need a powerful vacuum cleaner or compressed air to get the stuck-on dirt off the parts.
– Nope, this fan doesn’t have a thermostat. Also, it’s not a tower fan with ionizer. 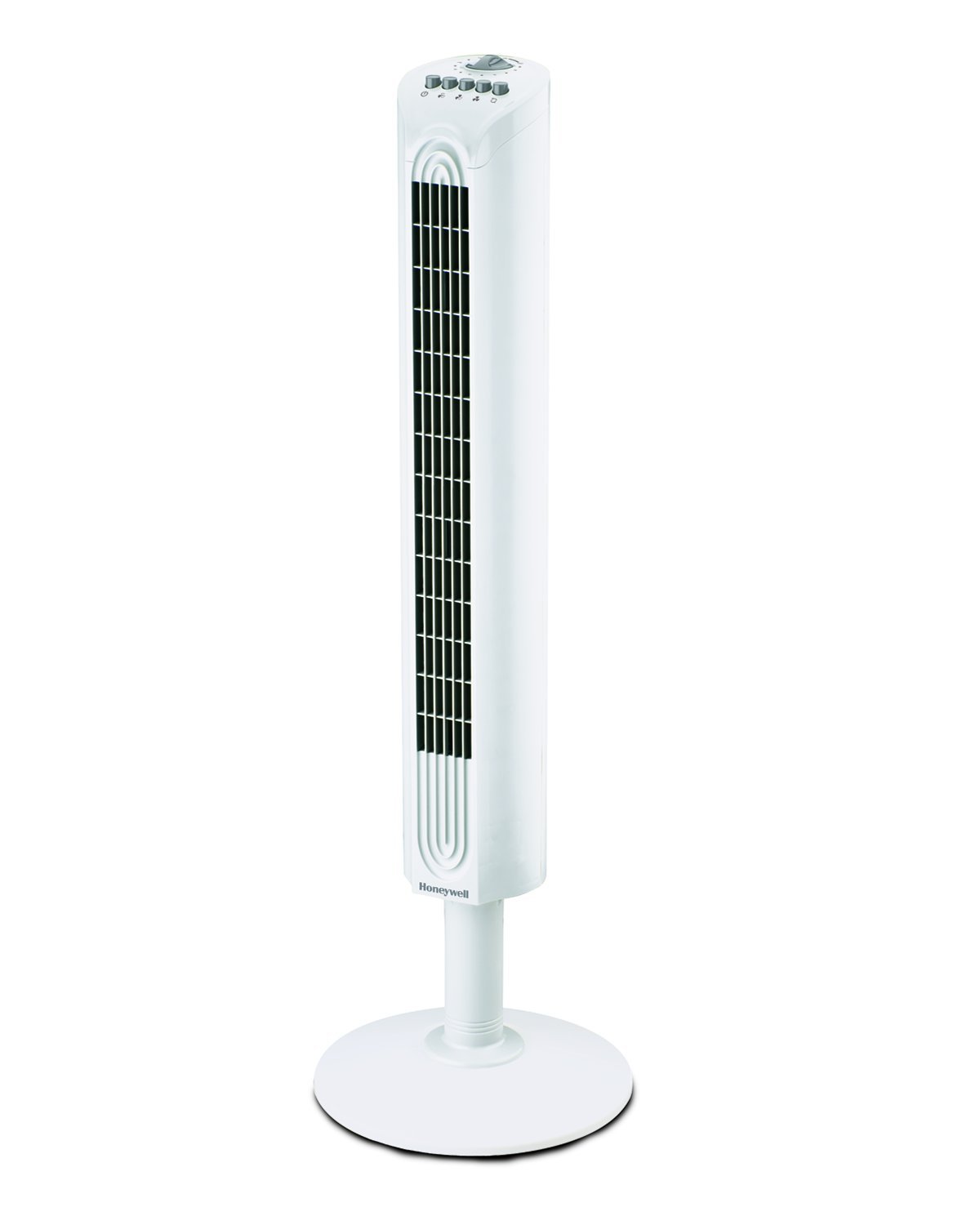 What is unique about the Honeywell HY260W that you can’t find in most tower fans? Its auto-dim lights feature, which allows the device to automatically reduce the brightness of the LED display to 50%. It does this after 15 seconds of being idle, and it brings the lights back at 100% brightness when interaction is sensed.

How does it fare among previous buyers? Here’s what they have to say.

– It’s easy to assemble. It only requires a screwdriver to ensure that the parts are snapped together, and the whole process should take only a few minutes.
– This device doesn’t have a louver, so you can’t adjust it to blow air vertically or sideways. The good news is that this fan oscillates, and you have the option to turn off (or on) this function.
– There are no beeps when you push buttons to customize settings. 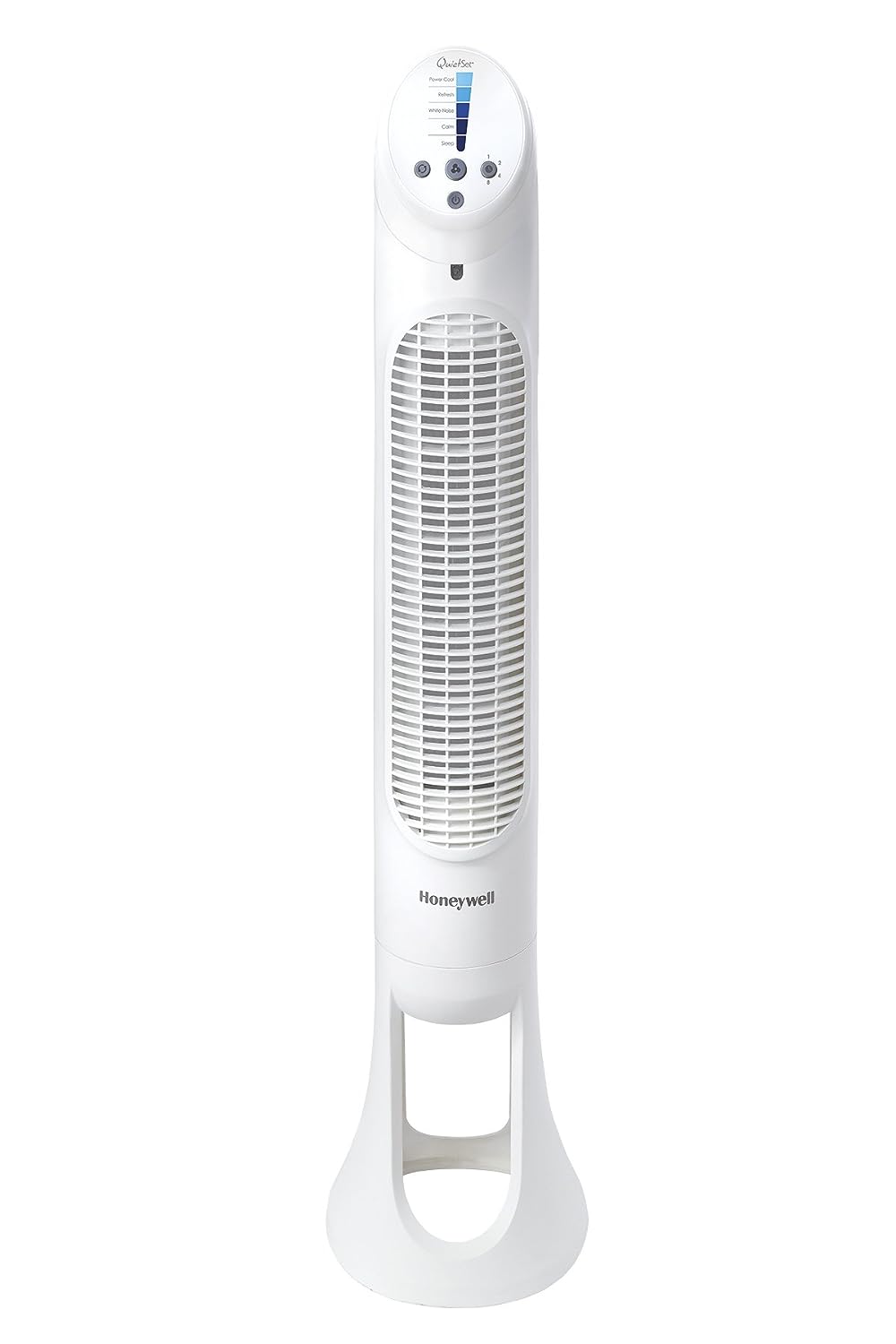 Here’s what you need to know about the Westinghouse WFTR40W white tower fan.

– Assembly is needed, and it involves 3 steps. First, you need to snap together the base, and the secure it to the pedestal after. After this step, you’ll have to secure the pedestal to the tower fan.
– It comes with a remote control, but you’ll need to purchase 2 “AAA” batteries.
– The control panel has the following buttons: on/off, auto shut-off timer, oscillation, and fan speed.
– When it comes to cleaning and maintenance, you are discouraged from disassembling this unit. Instead, you’ll have to use a vacuum cleaner to clean the vents. 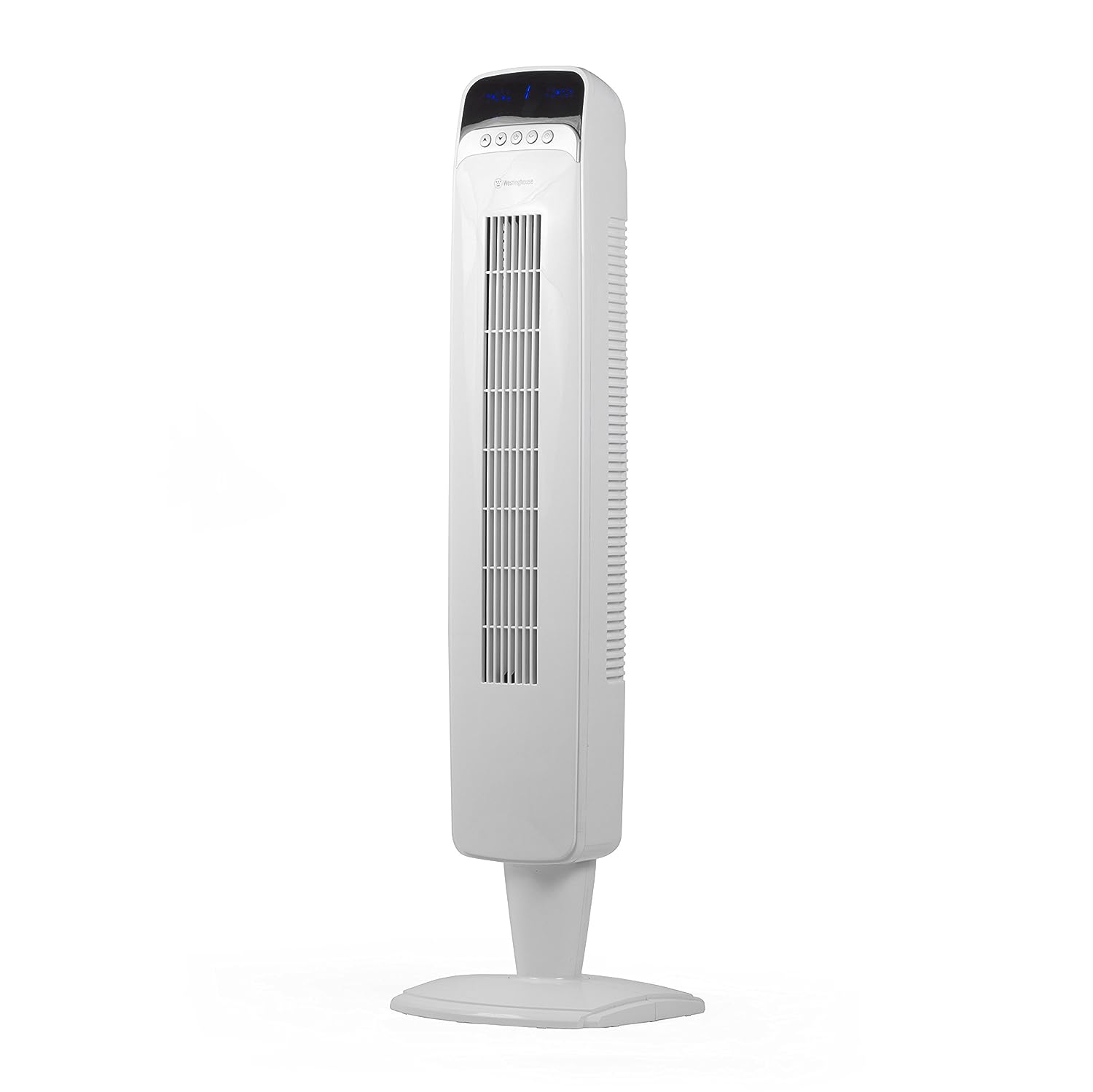