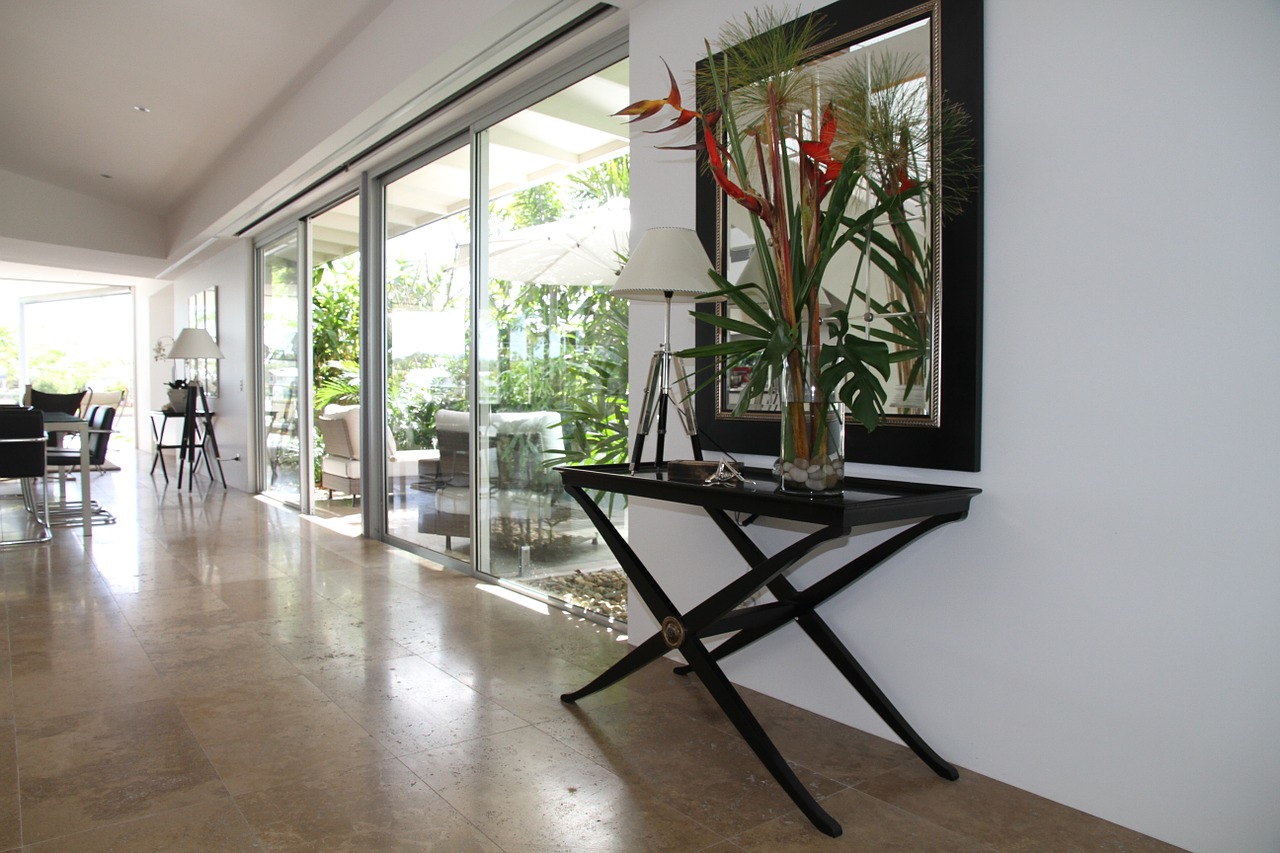 Let’s compare two personal or small Vornado air circulators. This time, it’s the Vornado 533 against the Vornado 573. Both are designed for small rooms, or as a desktop cooling device that you can have at the office.

What are their differences?

Knowing what areas they differ in will definitely help you when deciding which one is the better Vornado fan for you. In this Vornado 533 vs 573 comparison report, that’s exactly what we’d like to fill you in. 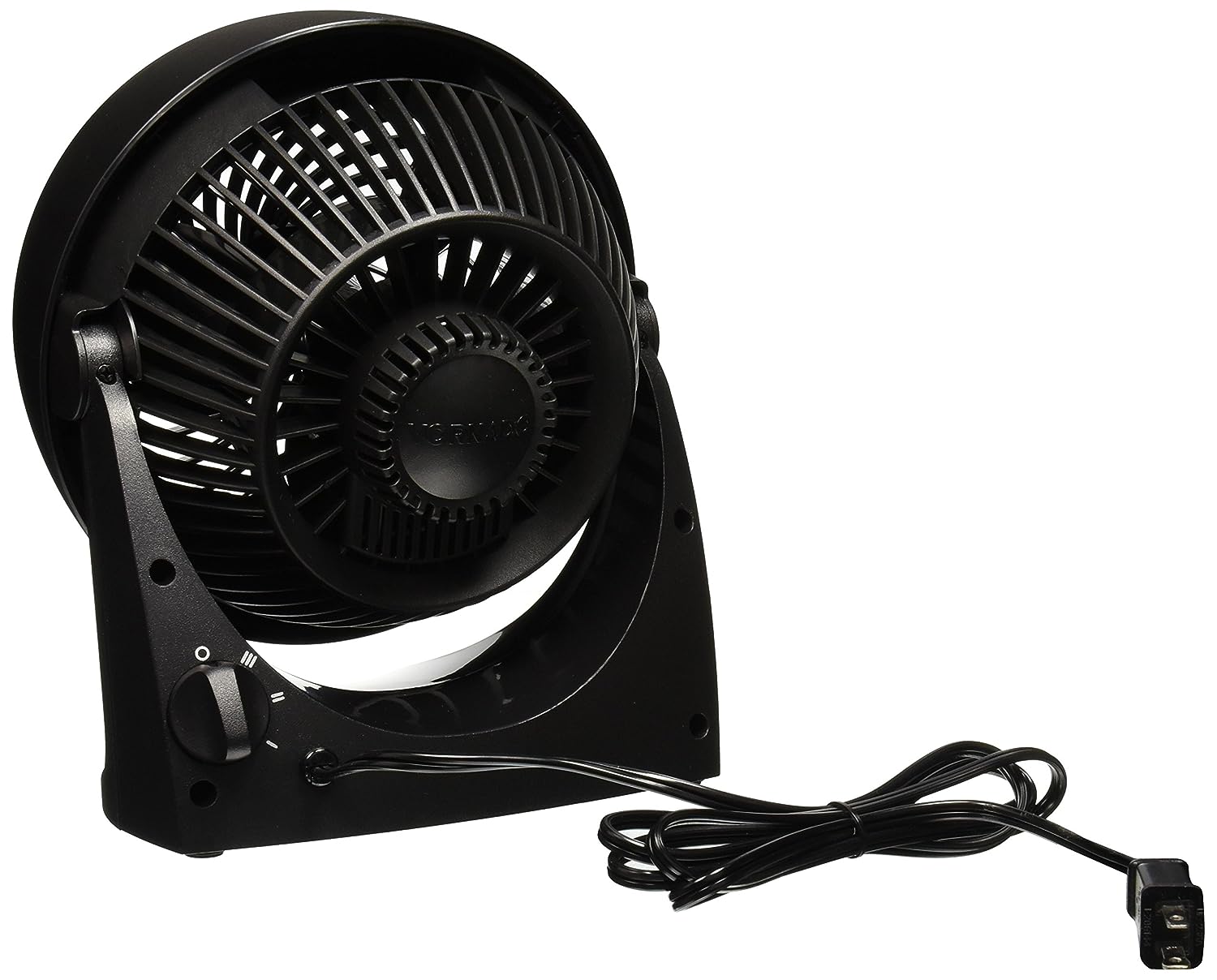 Before we talk about these Vornado circulators’ differences, allow us to mention their key similarities.

One, they’re both small. When it comes to their weight, there’s only a slight difference. According to the data published by Vornado on their official website, the Vornado 533 weighs only 3.72 lbs while the Vornado 573 weighs only 3.80 lbs. That said, expect them to be lightweight, and they should be easy to transport from one place to another.

Second, these air circulators circulate the air in the room through what the company calls a “Vortex Action.” Unlike ordinary electric fans, these circulators make sure that the air remains in motion.

Now… here are the key differences. 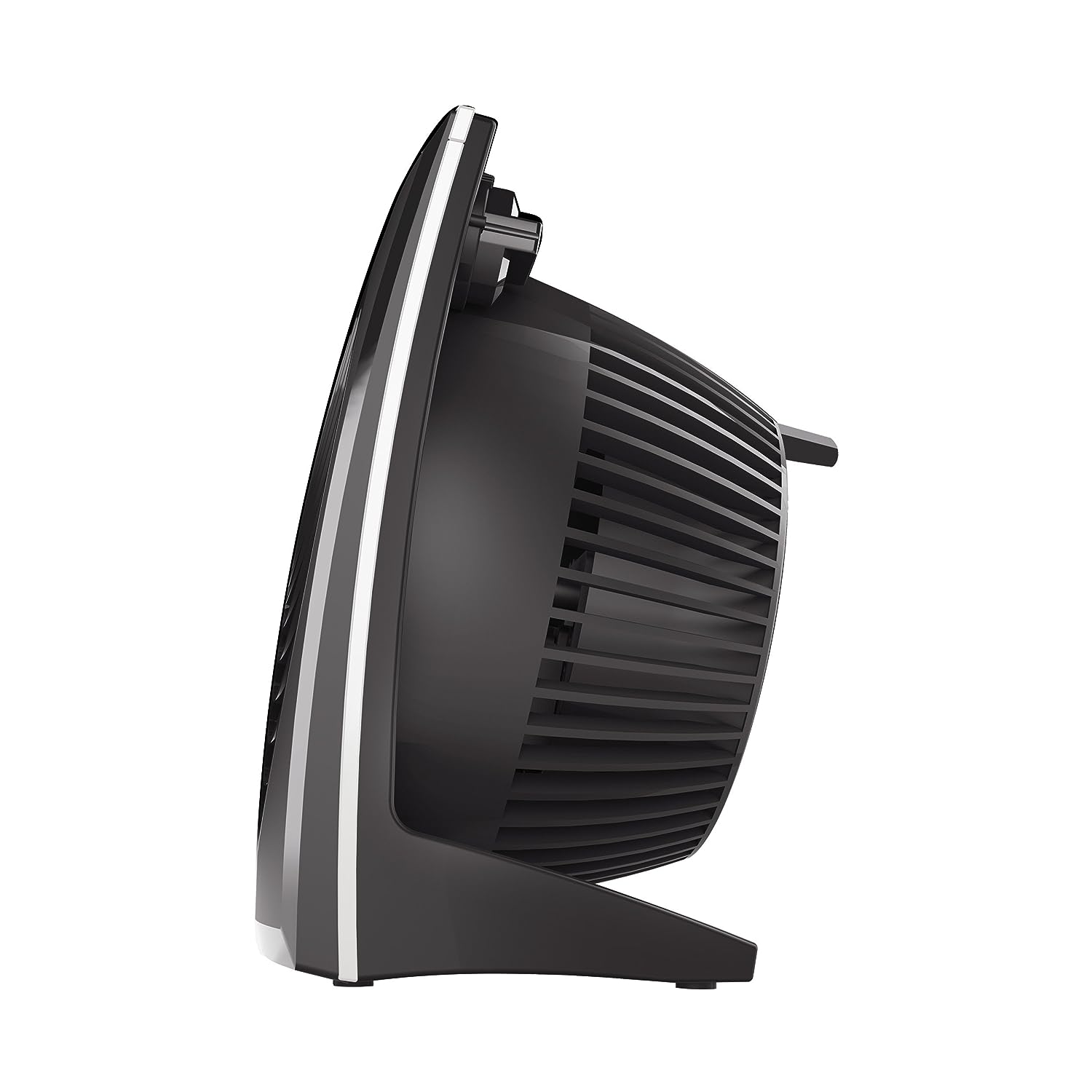 This is one of the most important differences between these two personal fans.

As you can see, the Vornado 533 has a circular head attached to a base. This type of construction gives you the ability to tilt this fan to give you a multi-directional airflow (horizontal and vertical).

On the other hand, the Vornado 573 is a flat panel air circulator. While it doesn’t have a base that allows tilting, you can achieve a multi-directional airflow by simply laying this circulator on its back.

On a side note, these Vornado air circulators do not oscillate, but they have a multi-directional airflow.

Do they come with a remote control?

No, they don’t. Both of these fans are equipped with 3 speed settings that you can easily adjust through a mechanical knob located at the back.

This is consistent with their CFM values. At the highest speed, expect the Vornado 533’s CFM to be about 293 CFM. On the other hand, the Vornado 573’s is about 236 CFM.

What about their RPM values?

Which of these small air circulatores should you buy? Let’s end this Vornado 533 vs 573 comparison report by giving you our recommendation.

Get the Vornado 533. It’s more powerful, yet it’s quieter. It’s also lighter even though by a slight margin, and it can cover more space. 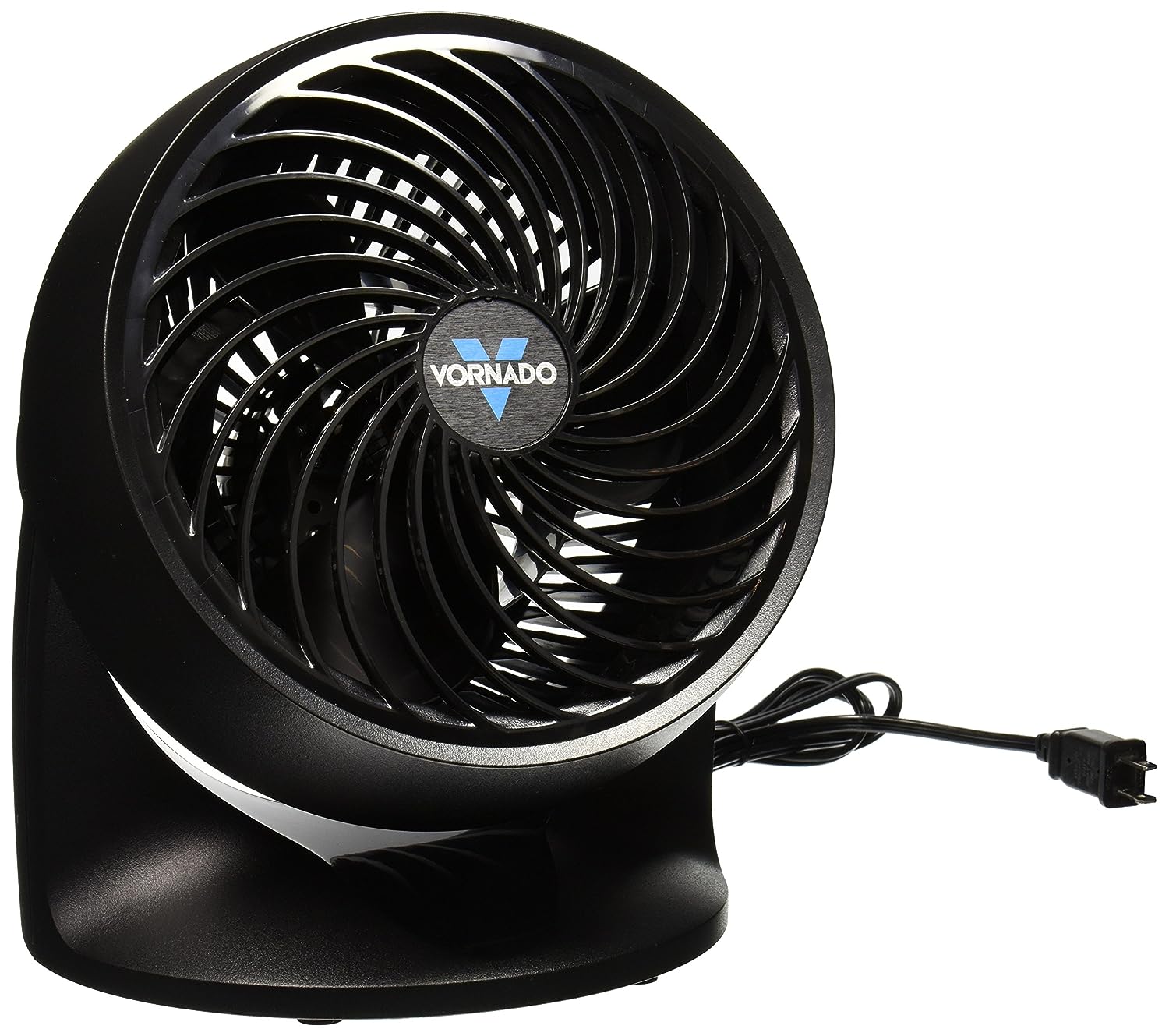 Alternatives to these Vornado Air Circulators

Are there alternatives available? There are plenty. Here are three other options.