Are you looking for a mini fan that charges via a USB port? You’ve probably heard of the Volado VD-MF100, a personal fan that you can take with you anywhere you go. If you need a desk fan to cool you off at the office, or perhaps you’re looking for a cooling fan for your laptop, the VD-MF100 may be the solution.

But is it? Before making a decision, here’s our Volador USB table fan review, featuring its pros and cons as provided by previous consumers.

Key Features of the Volador VD-MF100 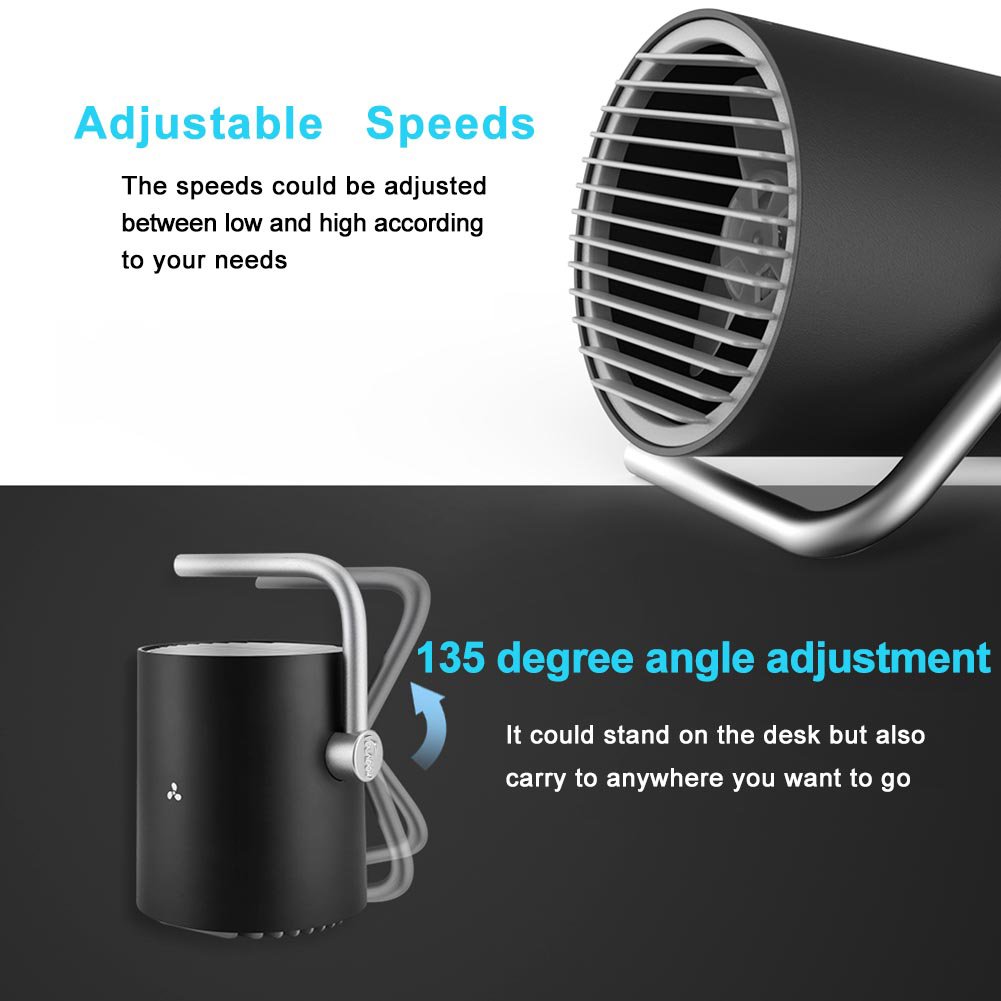 What are the key features of the Volador VD-MF100? Here’s what to expect.

One can see that the Volado VD-MF100 doesn’t look bad. In fact, it has a sleek and modern design, making it the perfect personal fan in an indutrial-themed office.

To complete the modern design, this mini fan comes with a touch control to adjust the speed levels or to turn it on/off. Simply tap the logo on top to choose between two speed levels.

Nope, this is not a bladeless fan. In fact, it’s equipped with two motors that drive two sets of blades – 3 in front and 5 at the rear. These blades rotate in opposite directions. How much sound does it produce? According to its sales page, this USB fan produces only 40 dB of sound. For your reference, a typical conversation is measured to be about 30 dB.

Not only because of its tiny size, but also because it comes with a USB port. That means you can plug it into your computer, tablet, or a power bank if you need power.

Note that this fan is not battery-operated. It has to plugged in to operate. Meaning, you don’t have to worry about recharging it.

You can tilt the fan up and down to up to 135 degrees.

What do previous buyers say about the Volado VD-MF100? In summarized form, here’s what we found out about the product, which includes its pros and cons.

If you’re looking for a personal fan that blows a good amount of air, then you won’t be disappointed with the Volador VD-MF100. 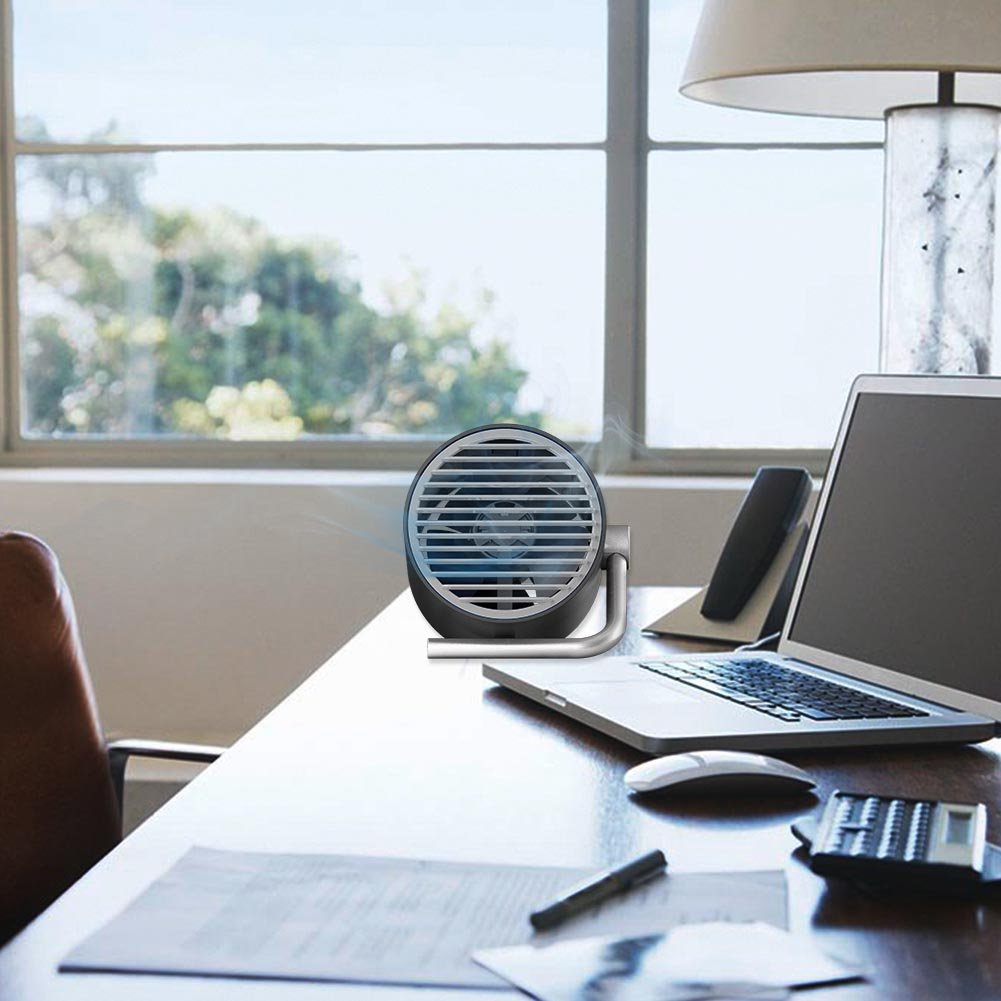 Do you need more options? Here are three brands to consider. 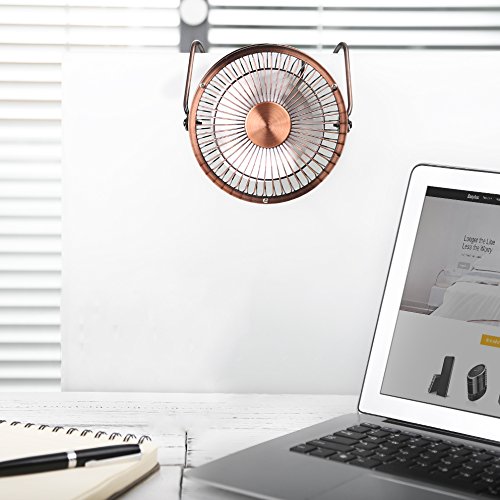 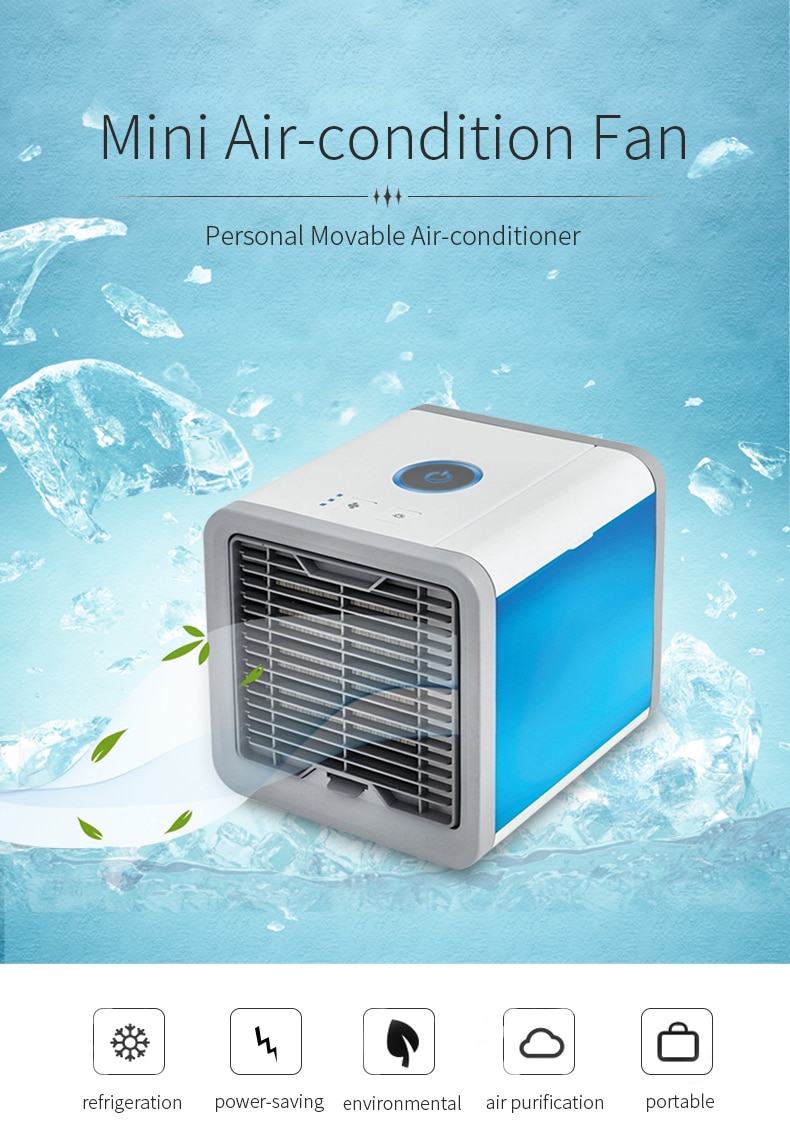 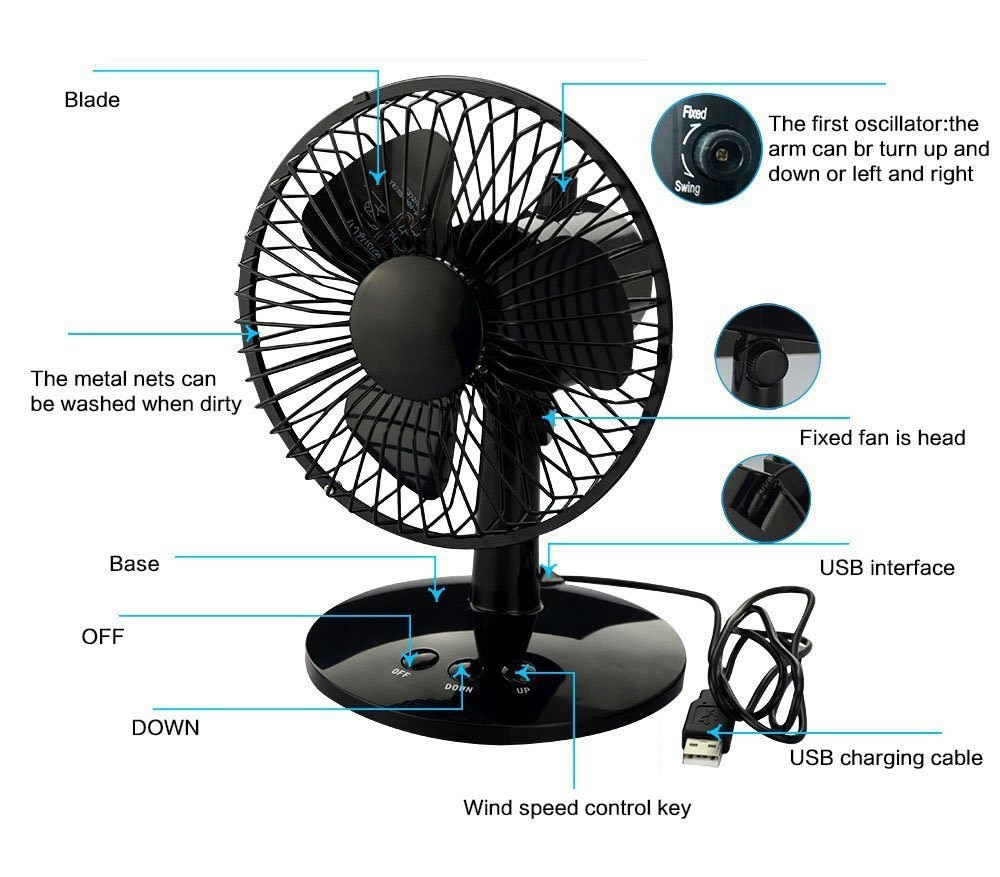