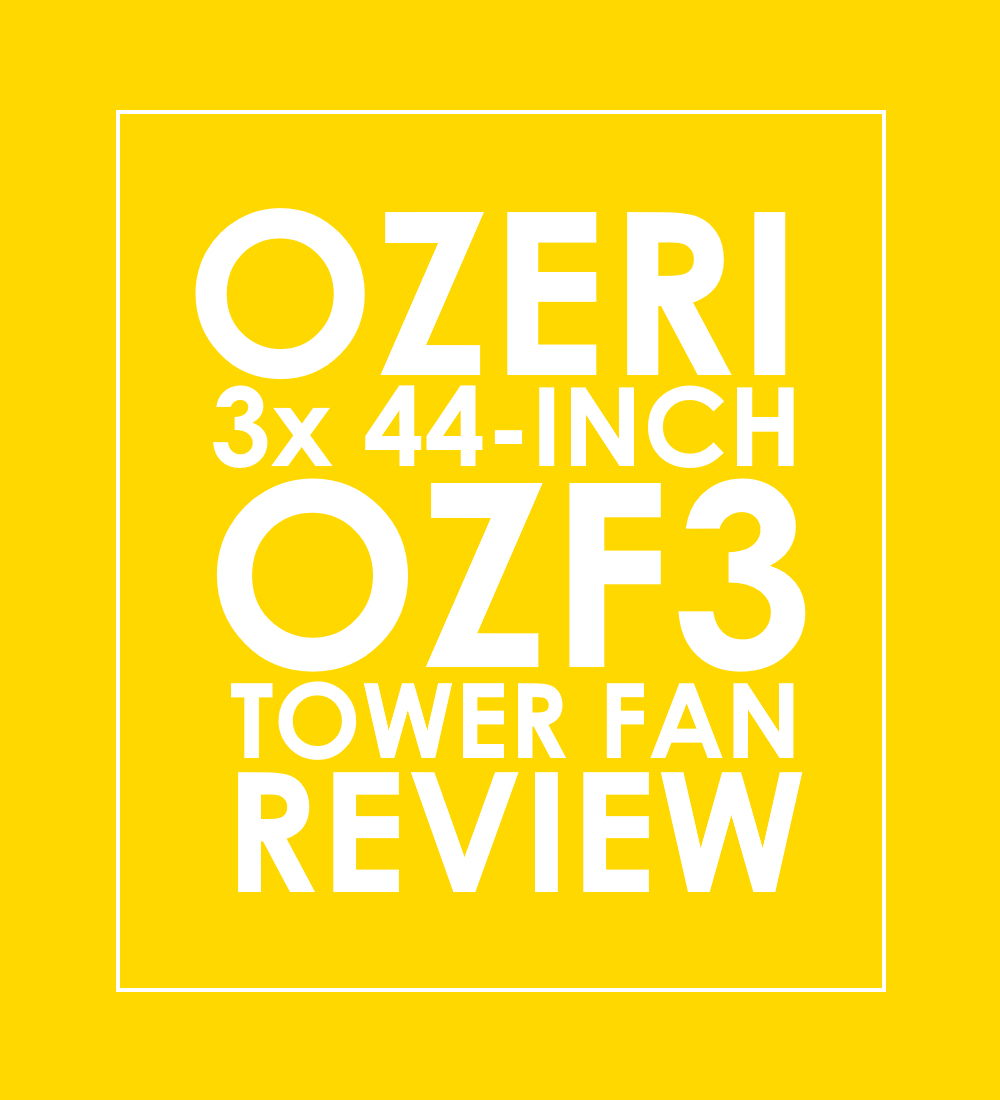 Almost ALL the tower fans available online look the same…with the exception of a few such as the Ozeri OZF3, a 44-inch tower fan with “canted fan blades” and “passive noise reduction technology.” These features sure sound fancy, but what do they mean, and what exactly do they do to boost the efficiency of the OZF3?

In this Ozeri 3x tower fan review, we give you a detailed consumer report not only explaining this device’s key features but also presenting, in a summarized form, what previous buyers have experienced with their unit. Is it a hit or a miss? Read on to find out.

Let’s jumpstart this Ozeri 3x tower fan review with a list of this device’s key features, which are unique or found only in very few other brands.

It’s obvious based on the image that unlike other tower fans, the Ozeri OZF3 has three sets of blades that work independent of each other. Meaning, there’s a button on the unit that allows you to control each of the three fans. What do you call this button? Look for the Shift button, and choose between FAN1, FAN2, and FAN3.

If you hate pushing buttons, know that this tower fan comes with a touch-screen panel. The panel displays the controls you need to activate this fan’s features and customize them.

The Ozeri OZF3 has three modes to choose from – Normal, Nature, an Sleep. Which one of these settings to pick? When on Normal mode, the fan functions as normal, following the speed setting of your preference. On Nature mode, the fan alternates between high, medium, and low speeds. On Sleep mode, expect it to alternate between the speed settings for 30 minutes each.

Does this tower fan oscillate? The answer is a resounding yes. By what angle? As advertised, it rotates or swings back and forth in a 90-degree arc.

If you want the fan to automatically turn off by itself after some time, activate the Timer function. Choose between 0.5 to 7.5 hours. 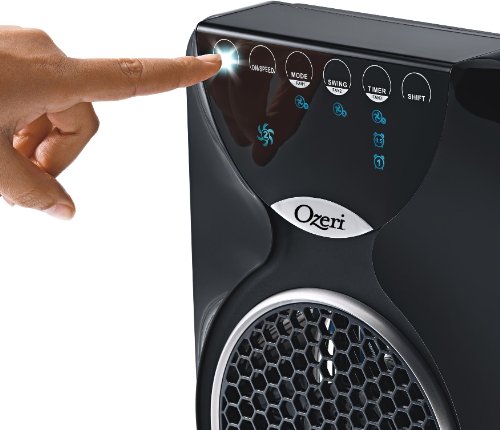 How does the Ozeri 3x tower fan (44″) with Passive Noise Reduction Technology fare among consumers? Here’s what we found out about this product.

Like with other electric devices, one of the complaints of consumers is the display panel’s bright lights. It can be annoyingly bright especially at night when one is trying to catch some well-deserved sleep.

Some appliances have an on/off button to control the lights, but can we say the same thing with the Ozeri OZF3? Unfortunately, this tower fan doesn’t have that feature. So if you make a purchase, don’t expect to find a button that can control the “blue lights.” But what you can do is to cover it up with a cloth or duct tape (or black electric tape) if it becomes too bothersome.

According to the User Manual, you should use a vacuum cleaner to remove dust from the inlet and outlet grills. But for some consumers, this procedure is not 100% complete, so what they do is to take off the grates by detaching the screws that hold the pieces together.

Unfortunately, the Passive Noise Reduction Technology equipped in this tower fan doesn’t seem to work 100% of the time. According to many consumers, this tower fan is quite noisy especially as you go higher up the speed settings.

Some of the important observations given by consumers is that over time, the fan seems to get noisier. Also, one person complained that her unit makes some unnecessary noise when it oscillates.

To be fair to the makers of the Ozerio OZF3, all fans produce noise, and the term “noisy” is subjective. In fact, several people gave positive remarks as to how quiet this fan is, with one even saying that this model is “quieter than most fans I’ve gotten.”

If you take a look at the image in this section, you’d probably have doubts whether or not it has a stable base. One question you might ask would be, is this device wobbly?

But according to general feedback, the OZF3 is “surprisingly stable.” At 17.6 pounds, tt’s quite heavy, which partly explains how it manages to stand just fine. But other than that, it has a solid and sturdy base that can support the whole device.

This is not a perfect device. Here are some of the complaints and issues reported by previous buyers.

Watch the video to know more about its key features.