What do consumers say about their Lasko 4000? On a popular online retailer, this mini tower fan hasn’t gotten high ratings. In this Lasko 4000 Air Stik Ultra-Slim oscillating fan review, we give you a consumer report summarizing what previous buyers have to say about their unit. 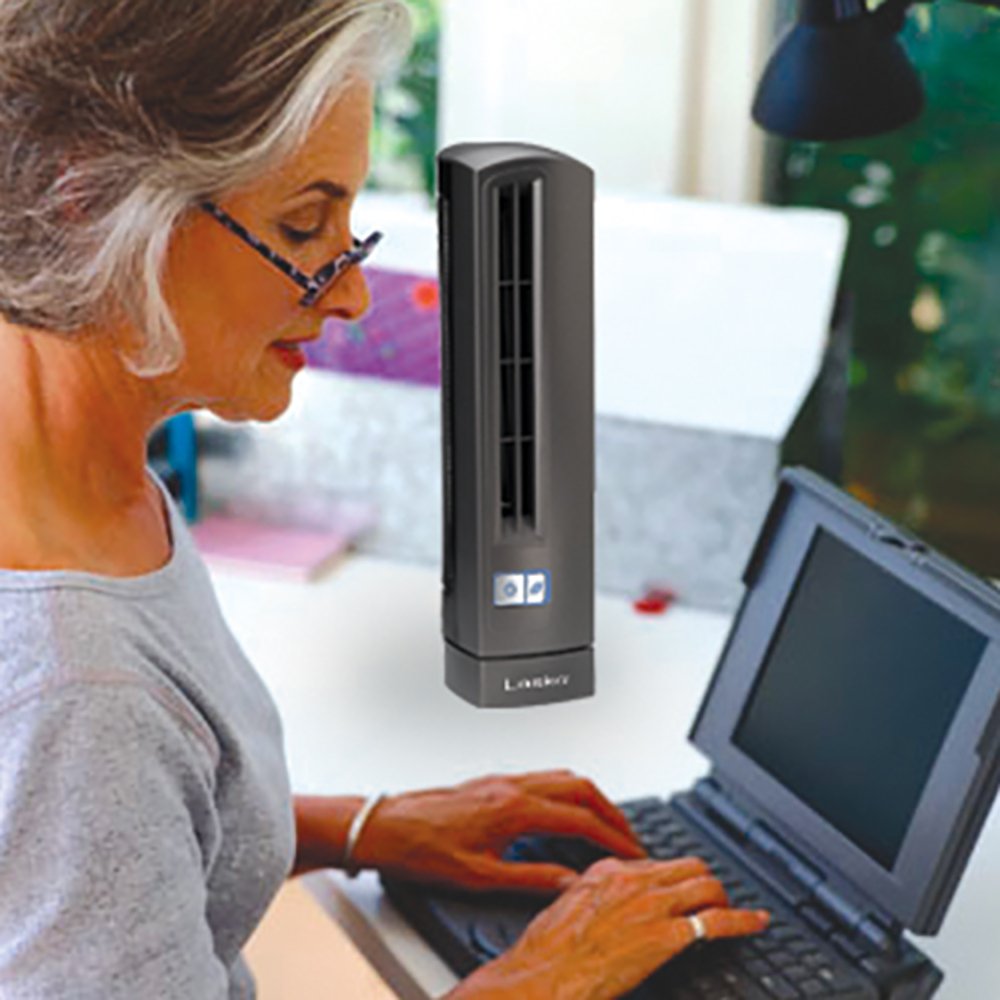 To jumpstart this Lasko 4000 Air Stik Ultra-Slim oscillating fan review, first, let’s talk about how the Lasko 4000 looks. It has gotten mostly positive remarks, particularly about its size. To paraphrase one user’s words, it’s small enough to be on the desk but large enough to sit on the floor and produce the same air outflow.

Aside from that, this Lasko tower fan has been described as sleek, space-saving (which isn’t surprising given its miniature size), and as one user has said, “looks great in a professional setting.”

Furthermore, several people say that they use this small oscillating tower fan in their office, next to their computer screen thereby serving to cool them and as a supplementary fan for their computers.

Second, for a little device, this device provides “great” airflow. One person even has described it as “powerful.” Again, it cannot compete with larger fans, but this positive comment on its air output is relative to its size.

Third, there have been complaints about its control buttons. Several users have said that it’s quite difficult to push the controls. One of them described them as “stiff.” Because this tower fan is lightweight, you need to grab the top with one hand and then push the buttons with the other. This can be inconvenient and annoying.

How about the sound it produces? Is this cooling device noisy? There is a conflicting feedback as regards this aspect. While some say it’s a quiet fan, others don’t agree.

Consumers have reported the following to describe how noisy the Lasko 4000 is.

When it comes to oscillation, don’t expect a widespread rotation. From one user, the Lasko 4000 sweeps an area of only about 30 degrees.

Lastly, the LED lights on the buttons can be annoyingly bright. At night, you may have to use a cloth or a tape to cover the lights. This is especially true for people who have difficulty sleeping with any lights on.