Innerest Windamp vs EODO bladeless fan… We all know the two main benefits of bladeless fans. One, compared to electric fans with blades, bladeless models are much more silent. When they’re in operation, especially when they’re set to the lowest speeds, you can barely hear them. Second, because these fans have no blades that can cause problems, children are safe around them.

Also read: EODO Bladeless Fan Review, Should You Buy One?

As was presented in the chart above, there are quite a few differences between the Innerest Windamp and EODO bladeless fans. Let’s discuss them one by one.

The first important difference between these two bladeless fans is their other uses. They’re both patronized because of their cooling features, but the EODO bladeless fan goes beyond this function. It’s also designed to act as a humidifier and as an aroma diffuser.

If you look closely, at the back part of the EODO, there are two compartments designated for water and essential oils. If you activate these features, expect fresh-smelling and clean air to be circulated in your house.

The most obvious difference is their design. As you can already tell, the Innerest takes a square-shaped air outlet while the EODO has a circular or annular air outlet. Take note that the EODO is designed that way because of its other functions.

It’s also worth noting that when it comes to weight, the Innerest Windamp is heavier at 9.5 pounds, which is 3 pounds more than the EODO.

If you go back to the chart, you’ll notice that the degrees by which these bladeless fans can tilt and operate are different, and by a large margin, the EODO has a wider span.

Data available reveals that the EODO has a 90-degree rotation/oscillation and a 180-degree tilt. In contrast, the Innerest Windamp can only oscillate up to 70 degrees and tilt to up to 30 degrees.

Both models are equipped with a remote control and a touch-control panel, but when it comes to features, there are a few differences.

For instance, the Innerest Windamp enjoys the advantage of having a Kids Lock and Sleep Mode function, which are not present in the EODO.

The EODO, however, gives you the ability to turn off the digital display at night, something that you can’t do with the Innerest Windamp.

Let’s end this Innerest Windamp vs EODO bladeless fan comparison report. Which of these fans should you buy? This is what we have to say.

Our vote is with the EODO. It has more useful features and funtions than the Innerest Windamp. It’s more lightweight, and it can also act as an aroma diffuser and a humidifier. Get the EODO bladeless fan here. 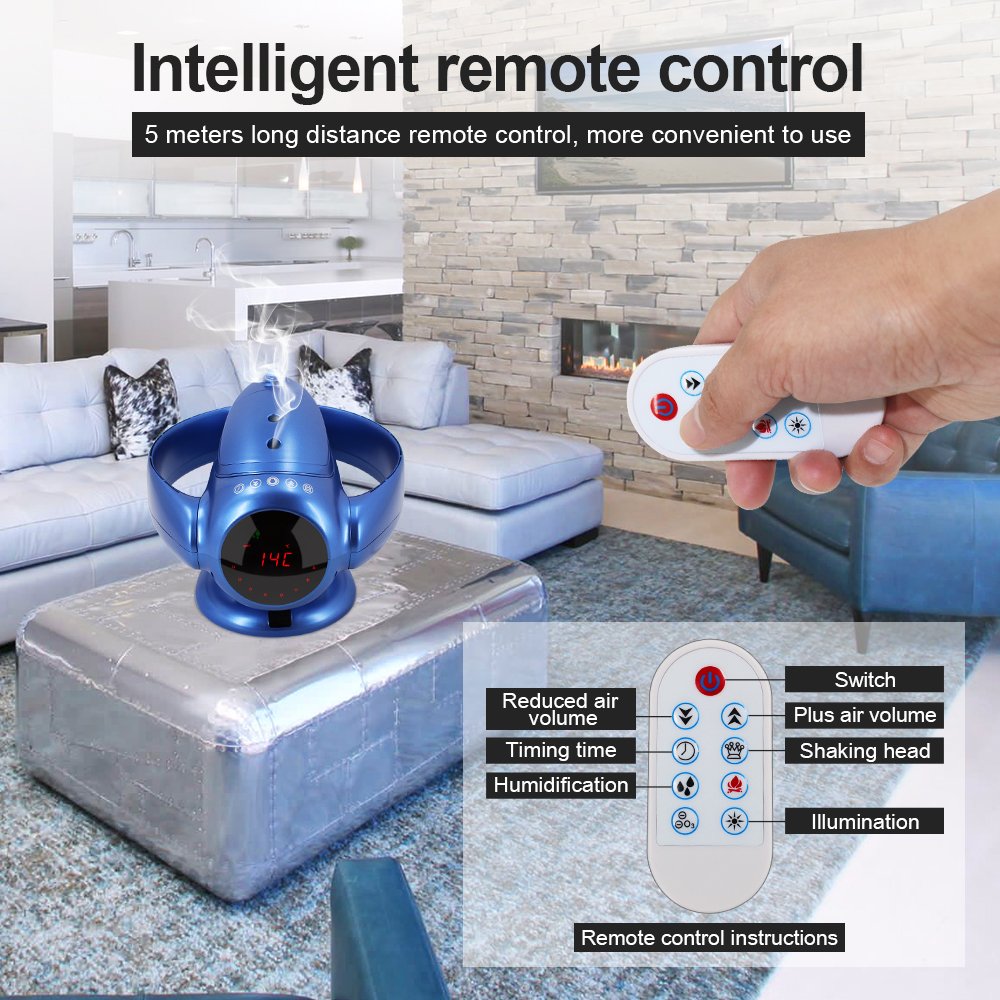 Do you need more options? Here are some alternatives to choose from.