They’re called by different names – mini, small, desk, table, desktop tower fan – but essentially, they mean the same thing. A mini tower fan is one that is at least two times smaller than the regular, taller model, so it has the advantage of being extremely portable. Because of its size and light weight, a tabletop tower fan can sit comfortably on your office desk, under your table, or on the floor beside your bed.

So this begs the question…what is the best mini tower fan available online? Not all brands are created equal, as you know, but to spare you time doing the research, here’s our top picks.

Only 14 inches tall, the Lasko 4916 features two pivoting fan sections to cover more space during operation. Just like its taller counterparts, this mini tower fan also has 3 speed settings, is ETL-listed, and has a fused safety plug. It weighs only 4.2 pounds.

How does it fare among previous buyers? Here’s a summarized consumer report.

– It’s a sturdy fan.
– It has great air output. One person says it “really moves the air.”
– It’s not the quietest tower fan. On the highest setting, several people have described it to be “loud” and sometimes “very loud.”
– You can indeed position the two fans in opposite directions, thereby increasing the coverage area.
– It doesn’t have a remote control. 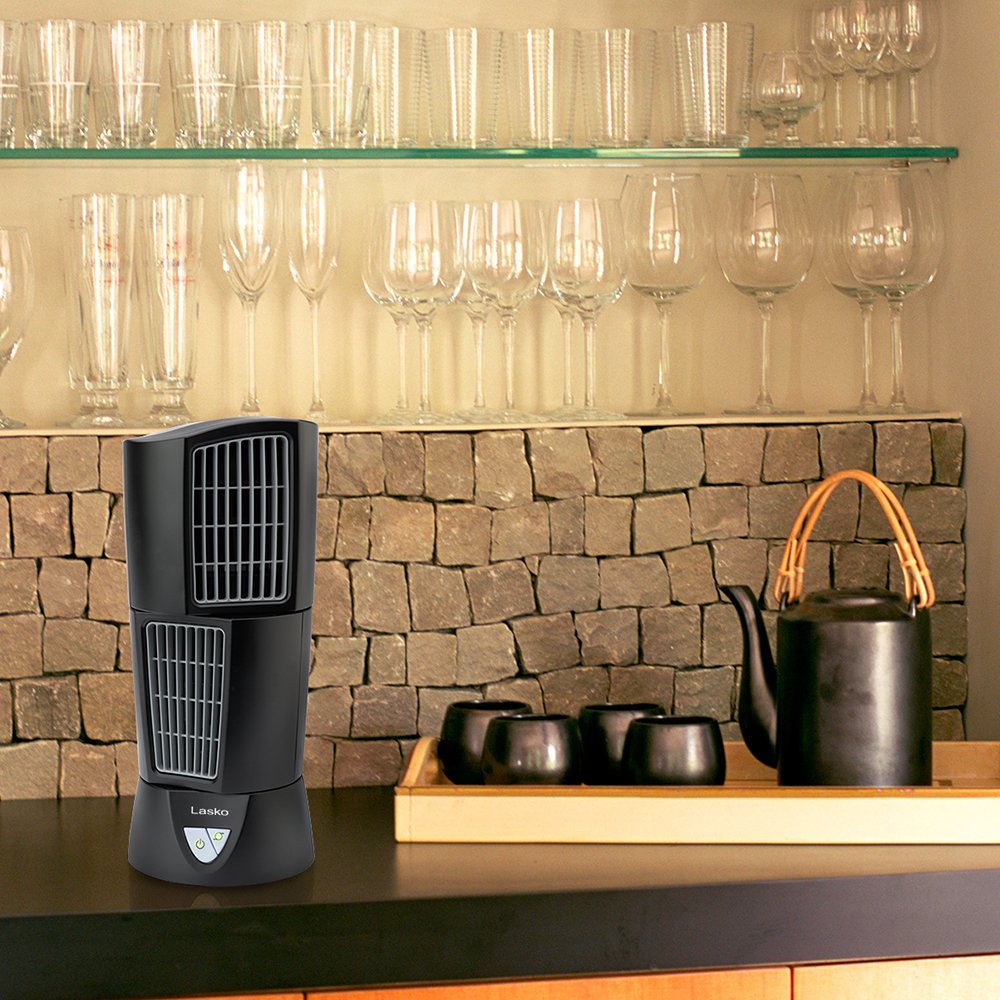 Slightly lighter than the Lasko 4916, this 14.4-inch mini tower fan from MineTom weighs 3.6 pounds. But just like the Lasko, it also has three speed settings, it’s ETL-listed, and assembly is not necessary. 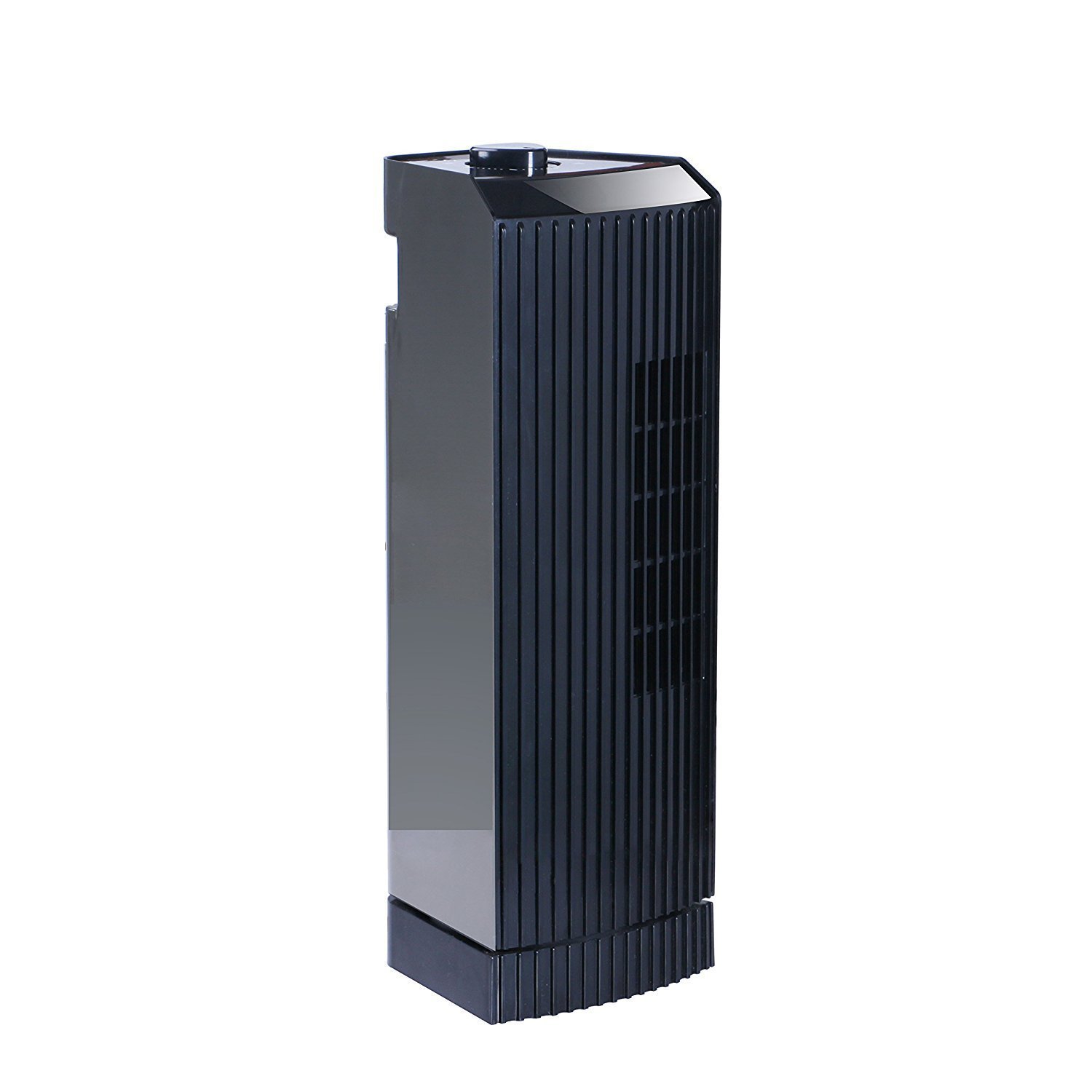 Here’s another small tower fan from Lasko, the Platinum Desktop Wind Tower. Just like the 4916, the Lasko 4917 is a multi-directional fan, what with its two fans that can move in opposite directions. It has 3 speed settings, weighs only 2.8 pounds, and is only 14 inches tall.

Does it sit well among consumers? Here’s what we found out about the product.

– Sure, it can move in opposite directions, but being a desk tower fan, don’t expect that the coverage area is really wide. According to one consumer, it can cover an area of “roughly 3-4 feet, even on highest setting.”
– It has a small footprint, so storage isn’t a problem.
– When it comes to noise, this fan hasn’t been described as quiet. In fact, several users say it’s quite noisy. 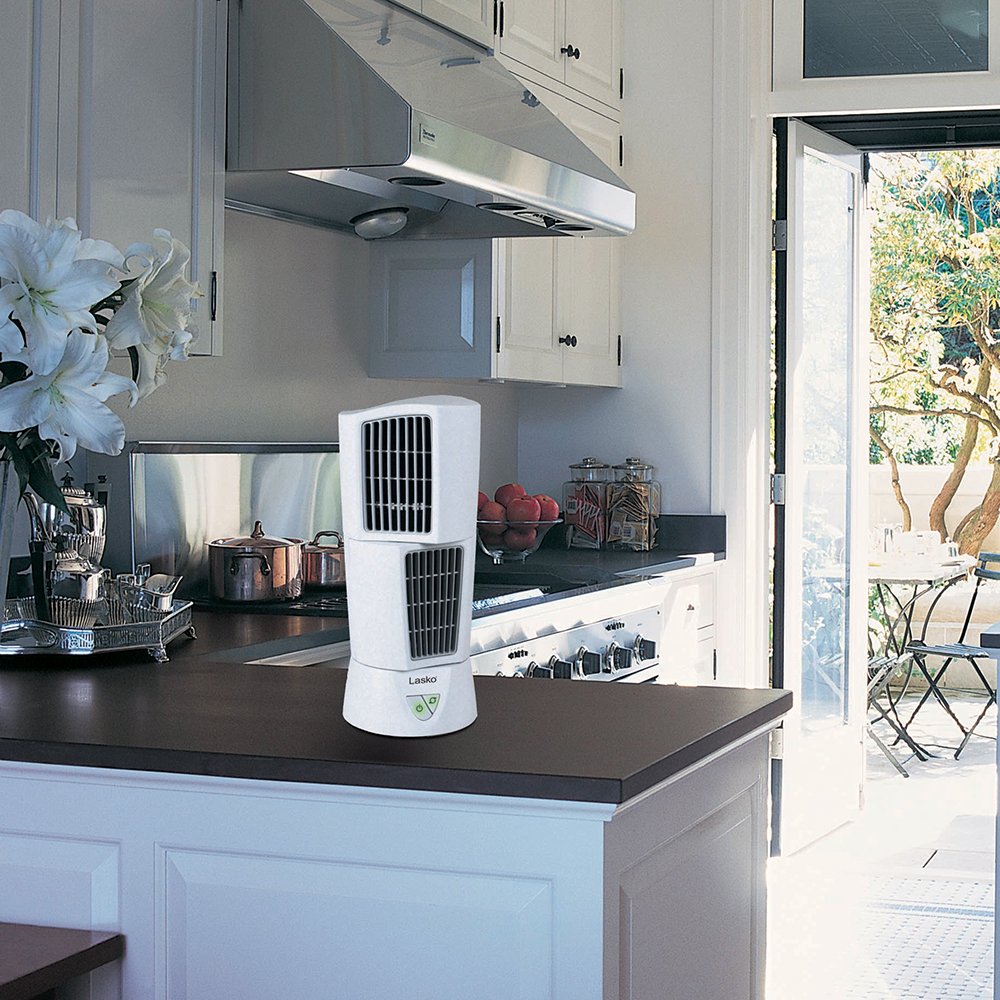 The Bionaire BT014-U is a 13-inch tabletop tower fan that has 4 buttons on its top – the power button, the oscillation button, and 2 buttons for speed settings. It weighs only 3.7 pounds.

According to consumers, this desk tower fan circulates air nicely and keeps the room cool, but one of the complaints is the noise it makes especially at the higher setting. 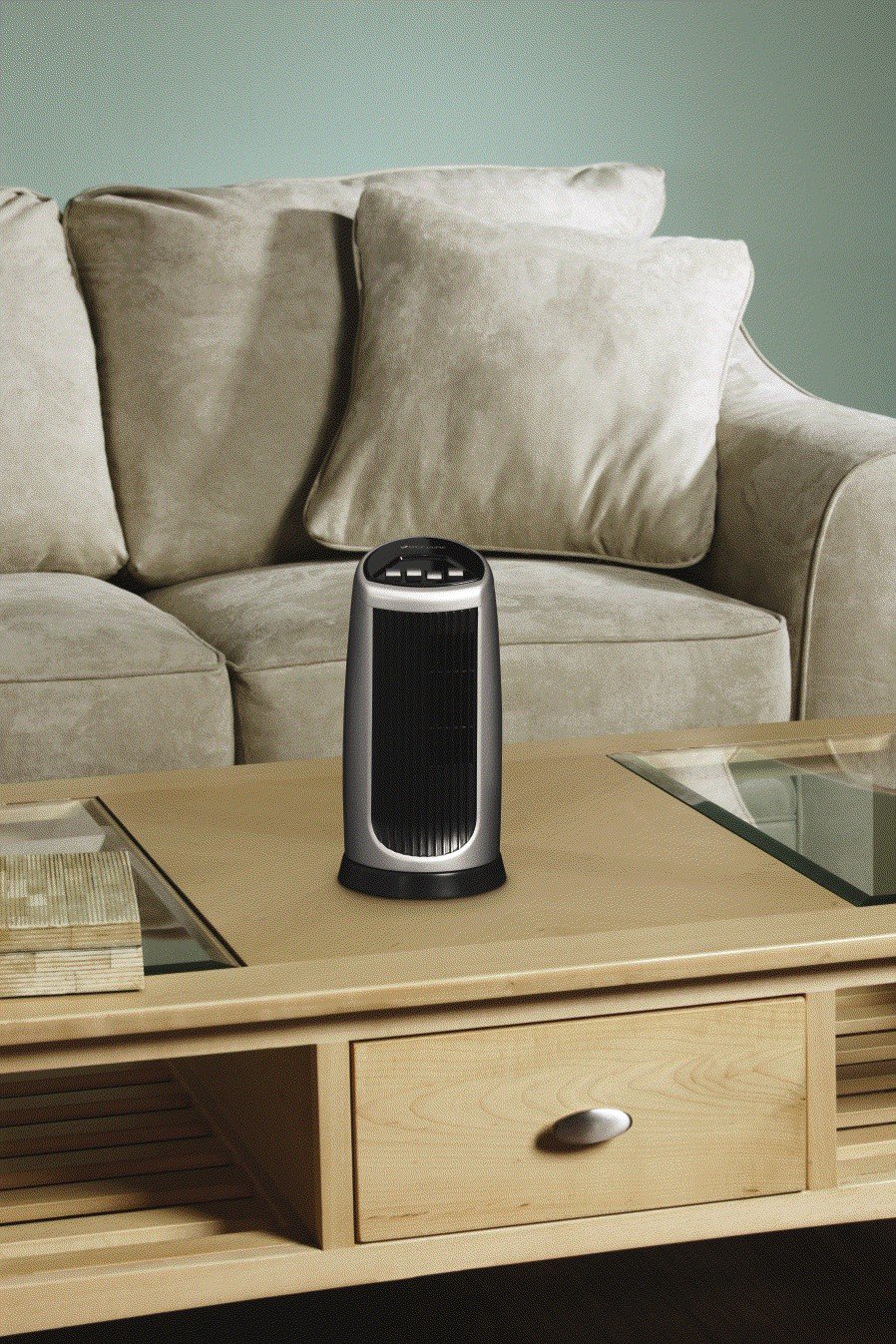 What does this personal tower fan have that the rest don’t? Just like other some taller Honeywell models, the 13-inch HTF210B is equipped with QuietSet Technology, which gives you 4 speed options to choose from – sleep, white noise, refresh, and power cool. It also has an automatic shut-off timer, and it oscillates. It weighs only 2 pounds.

Based on consumer feedback and comments, here are the Honeywell HTF210B’s pros and cons.

– It’s quiet, even on the highest setting.
– It has a decent airflow, but it’s not as powerful as its larger counterparts.
– The blades are too small. At least two people even likened it to a “computer fan.”

RELATED: What is the Best Lasko Tower Fan? Top 5 Picks 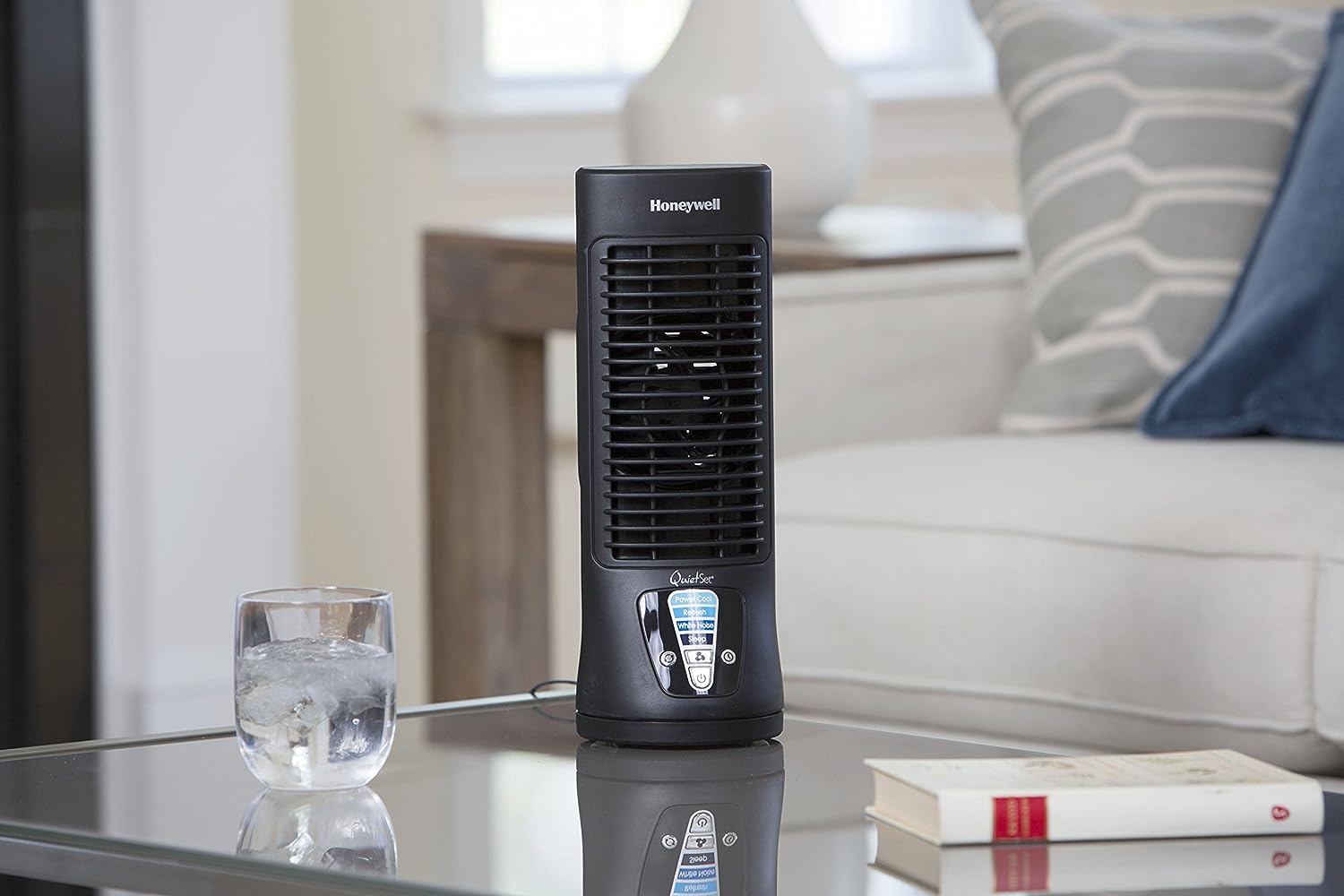