Dyson is arguably the most popular brand of (tower) fans without blades. But in this post featuring the best bladeless tower fan available online, we’re giving you our picks for a non-Dyson device.

What makes the Lasko AC600 Air Logic Bladeless Tower Fan special? Aside from its EZtouch controls, which allow you to smoothly configure the timer and speed buttons, this device is equipped with 3 unique features.

One, it comes with a Fresh Ion button, giving you the option to activate the release ions (both positive and negative) into the air. What do these ions do? They’re tasked to “refresh the air for cleaner breathing.”

Second, the Lasko AC600 has an auto-dimming feature. The controls, as you know, can be annoyingly bright especially during bedtime. What this feature does is to automatically reduce the brightness of the display by 50% 10 seconds after your last button push.

Third, this device is equipped with an EZclick Filter button to release the cover in case you want to clean the washable filter by vacuuming or with soap and water.

RELATED: What is the Best Lasko Tower Fan? Top 5 Picks 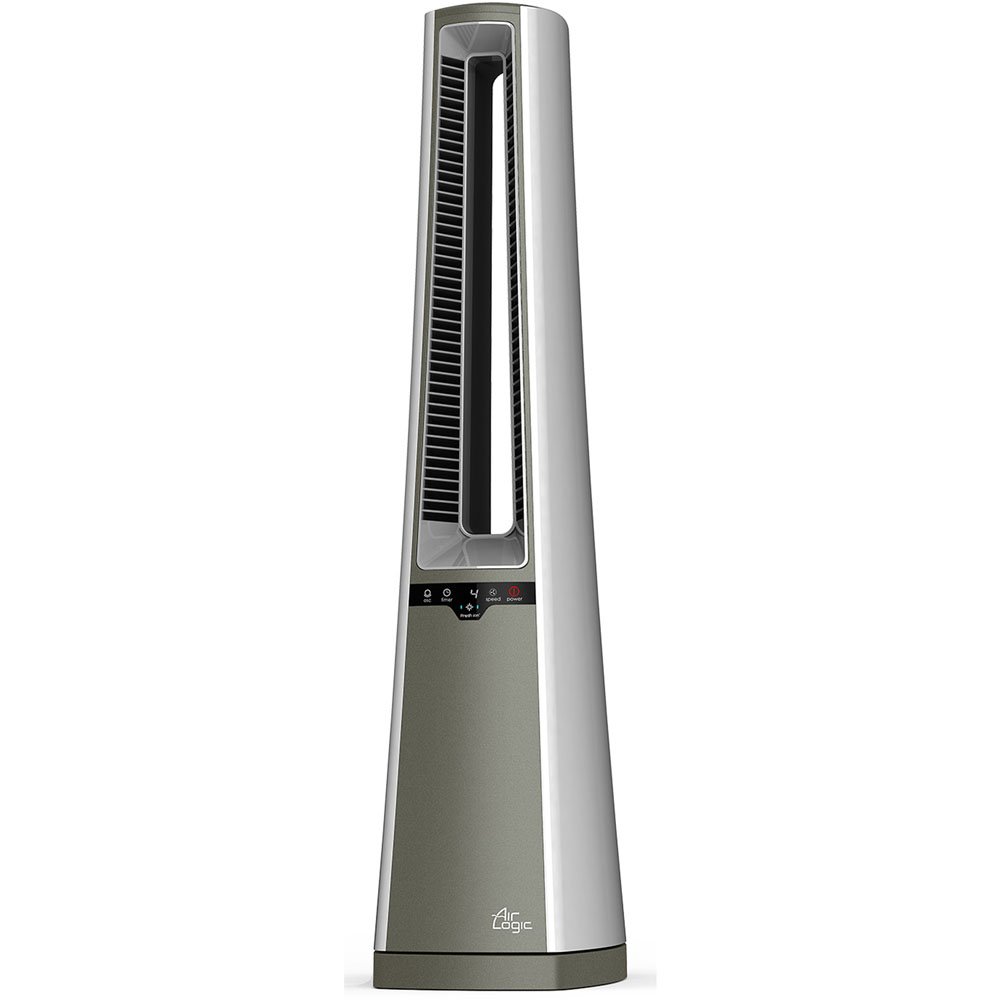 The Sharper Image TSI-TF701-SLV is a dual-function device, serving both as a bladeless tower fan and a heater. Other features include a 24-hour timer, an LED display, 3 fan speed settings, and oscillation of up to 120 degrees. Also, it comes with a 5-ft. power cord, and it’s made of 100% plastic. Do you need to assemble it? No need. When you take it out of its box, you can use it right away by simply plugging it.