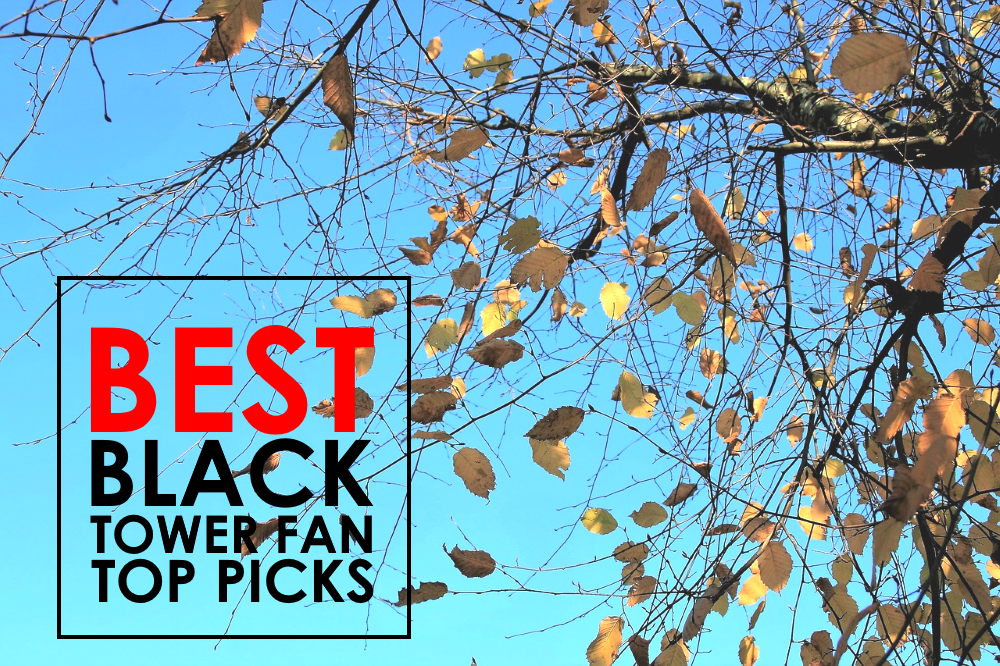 Black is beautiful. Black is elegant. If you’re looking for the best black tower fan, you’ve come to the right place. Here’s our top picks.

The Honeywell HY-280 whole room tower fan boasts 8 speed settings, a timer that you can set up to 8 hours, and oscillation. You can control these functionalities through the remote control, or through the touch button electronic controls on the unit itself.

What do consumers say about this black tower fan? Here are some pros and cons.

– It’s relatively quiet. People mostly agree that the sound is barely noticeable on the lowest settings. On the higher settings, however, some people find this tower fan to be noisy.
– The LED control panel can be too bright especially at night. They can be annoying when you’re trying to catch some sleep. Unfortunately, this machine doesn’t have a dimming feature, so the only way to deal with the bright LED lights without turning off this fan is to cover them with cloth or electric tape.
– There have been reports that the base is not as solid as you would like.
– As one person has said, this tower fan is perfect for small to medium rooms. 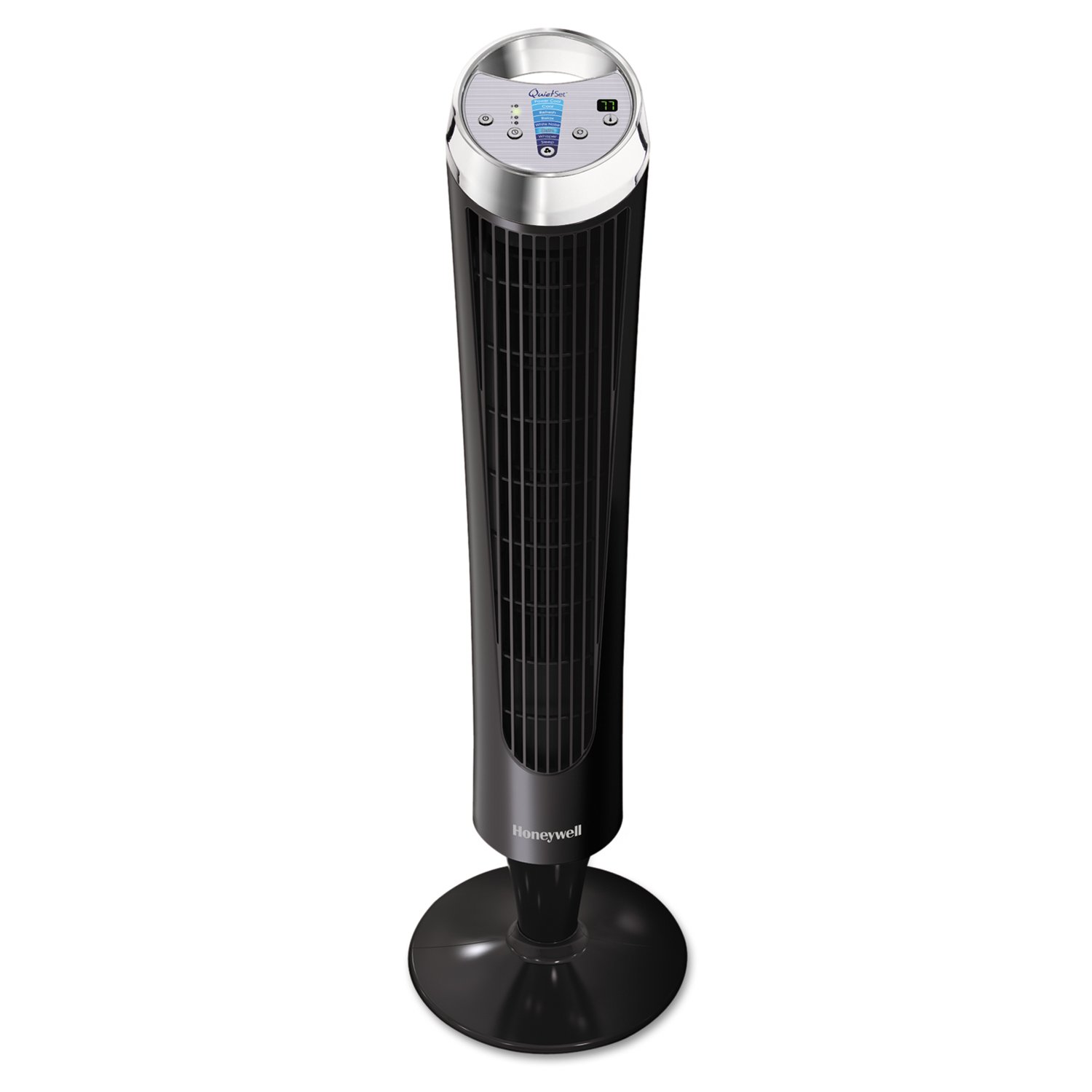 The Lasko 2511 is a 36-inch black tower fan that has three speed settings to choose from. It’s an oscillating fan, it comes with a remote control, and it’s pretty lightweight that you can easily transport it from point A to point B.

Here’s some consumer feedback and comments.

– Sure, it rotates, but don’t expect it to have a widespread oscillation. Some buyers say it’s able to rotate to a 45-degree arc.
– This fan has been used in the following rooms / spaces with positive feedback: RV, daughter’s room, 20×20 bedroom, office, large living room.
– Is it quiet? Noise levels vary depending on one’s perception. But as several users have pointed out, it’s reasonably quiet, but expect white noise.

RELATED: Here is the Best Tower Fan for Small Room 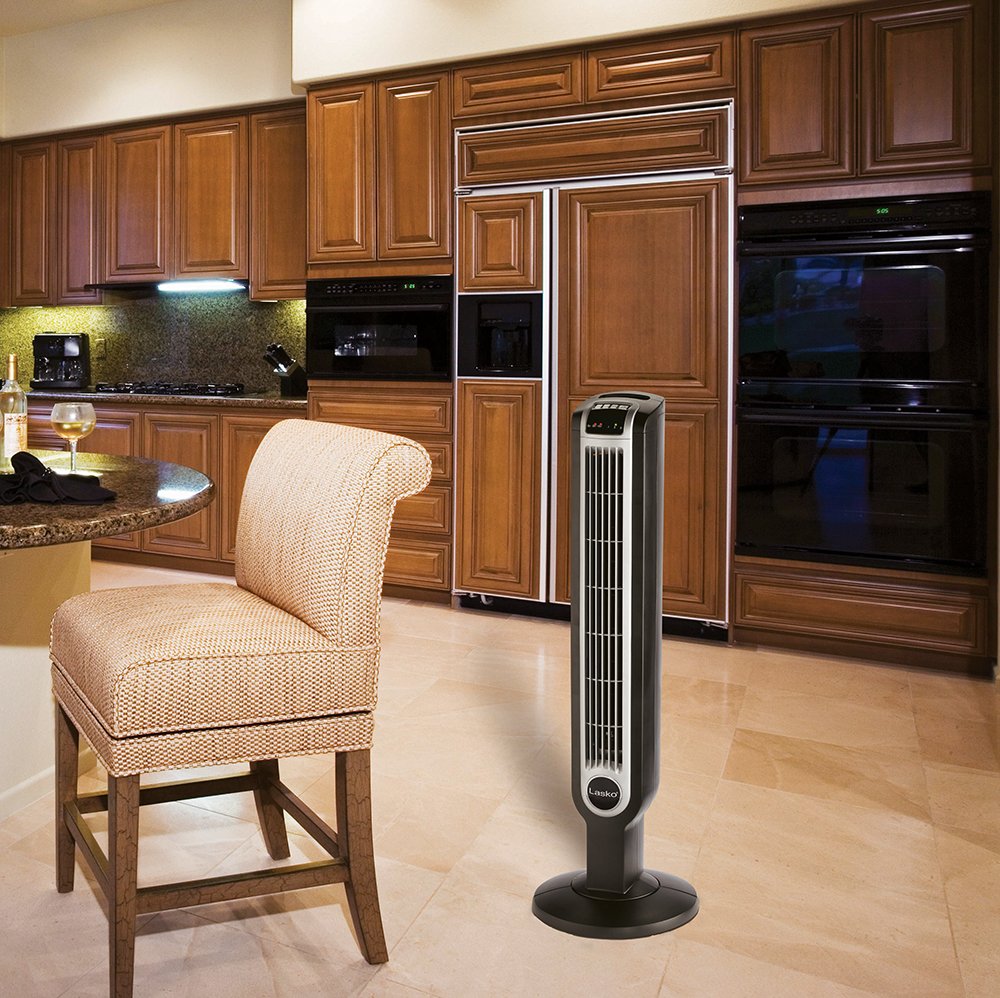 This black tower fan is made of ABS plastic. It weighs 8 pounds, and to be exact, it stands 35.5 inches. It can oscillate, and it boasts 3 speed settings. Also, it comes with a remote control.

Here are some pros and cons of the Costway 35″ Tower Fan according to consumer feedback.

– Does it cool down a room? It’s true, this is not an airconditioning unit. What it does is to circulate the air that’s already present in the room. But as what previous buyers have experienced, this tower fan can actually bring down the room temperature by a few degrees. Or at least, it makes a stuffy room feel comfortable. One person said that she has an upstairs room that is “unbearably hot at times,” but because of this tower fan, the room is now bearable.
– Does it put out a lot of air? Not really. It’s not a powerful fan.
– Some people like the slim and sleek design.
– Not all people are impressed with the base. Some say it’s wobbly. 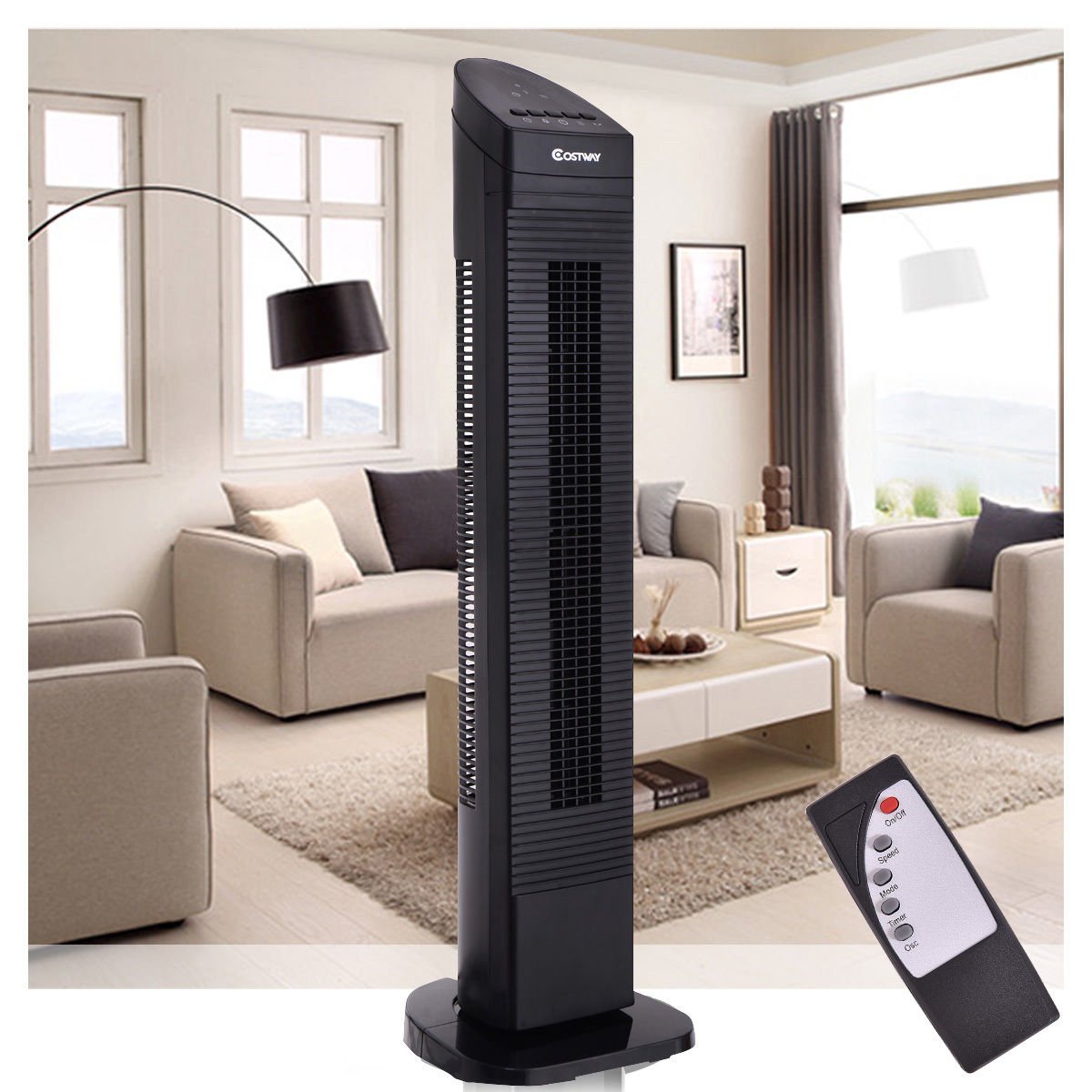 Weighin 9.5 lbs., the Black and Decker BFTR36B is a 36-inch black tower fan that, as advertised, has an “attractive cabinet design” that “fits in perfectly with just about any decor.” It can oscillate, it comes with an easy-to-read display, and it has 3 speed settings.

Here’s what previous buyers have to say about their unit.

– If you’re wondering whether or not the oscillation can be controlled, the answer is “yes.” However, don’t expect that you can set the degree of oscillation because this tower fan only allows you to turn it on or off.
– It requires minimal assembly, but you don’t need tools.
– When it comes to noise, you can definitely hear the noise, but the general feedback is that it’s tolerable.
– Does it have good air flow? Many people are “pleasantly surprised” by how good the air flow is. One even said it’s “better than average,” and another say it “moves tissues.” 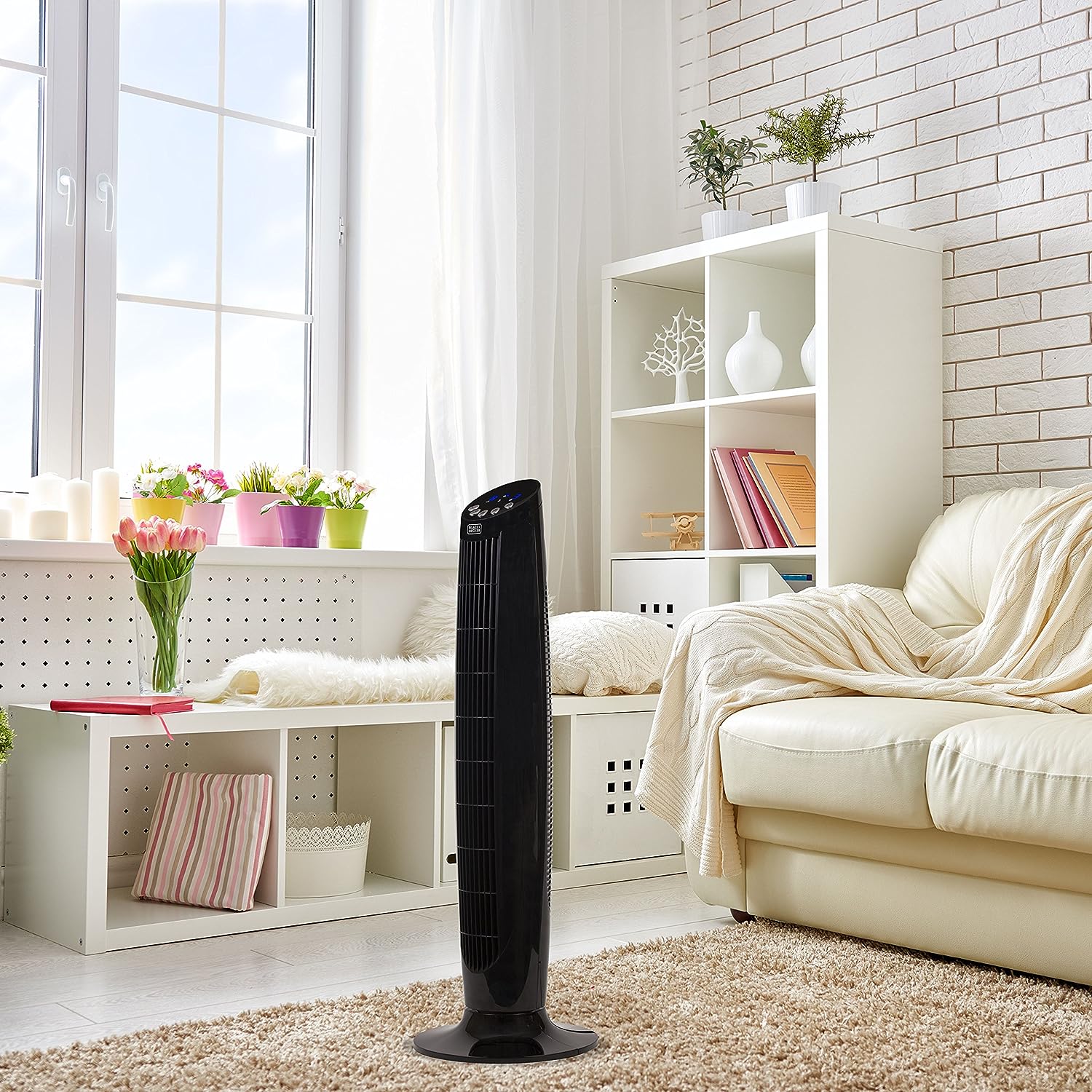